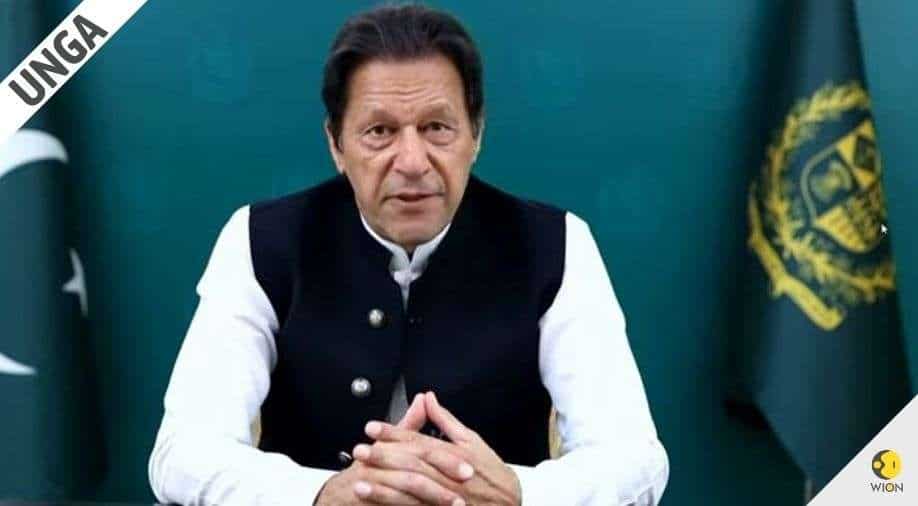 Imran Khan predicted that a destabilised and chaotic Afghanistan will "return to being a haven for international terrorists," pointing out that this is precisely why the US entered Afghanistan in the first place.

Pakistan Prime Minister Imran Khan delivered his address to the United Nations General Assembly's 76th session early Saturday, emphasising the need for the international community to recognise that the "only way" ahead in Afghanistan is to "strengthen and stabilise the current Taliban government."

"There is a massive humanitarian problem on the horizon. And this will have major consequences not only for Afghanistan's neighbours but for the entire world "he stated

Imran Khan predicted that a destabilised and chaotic Afghanistan will "return to being a haven for international terrorists," pointing out that this is precisely why the US entered Afghanistan in the first place.

He was the seventh on the list of speakers to address the UNGA on Friday.

Asim Iftikhar, Pakistan's Foreign Office spokesperson, on Friday, said that "the situation in Afghanistan, and other areas of common concern, including combating Islamophobia, corruption, illicit financial flows, as well as climate change," will be areas of focus, according to Geo TV.

In all areas, Pakistan's role in shielding and promoting the Afghan Taliban is apparent.

Throughout, Pakistan's goal was to use the Taliban as a stooge to limit Indian influence in Afghanistan and, depending on the circumstances, could increase the conflict in Kashmir.

Pakistan has assured that its eastern frontier is protected from two old fears: Afghan alignment with India and a refugee influx that could spark destabilisation among Pakistan's Pashtuns, by assisting the Taliban in regaining power.

US Secretary of State Antony Blinken met with his Pakistani counterpart, Shah Mehmood Qureshi. Pakistan is a key ally of the Taliban regime. Blinken also held talks with the ministers of four other veto-wielding Security Council members, including China and Russia.

Experts questioned Washington's genuineness in dealing with Pakistan, questioning whether it was altering its tone depending on the audience when developing its approach to the now-estranged South Asian partner.