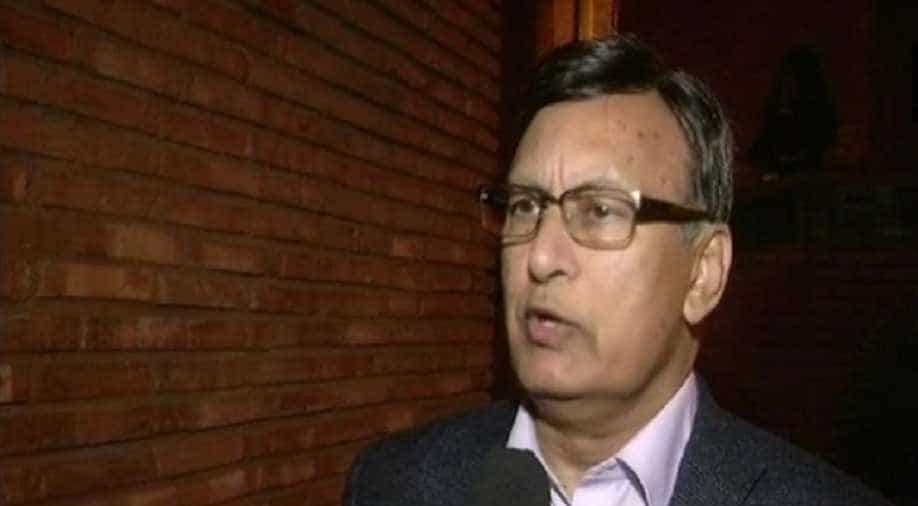 Husain is accused of embezzlement in the secret fund worth $7.2 million, the report said. Photograph:( ANI )

Pakistan's Federal Investigation Agency (FIA) has reportedly registered a case against former envoy to the United States (US) Husain Haqqani.

The case was registered in the Anti-corruption circle by the FIA in connection with the Memogate scandal, Geo News reported, citing sources as saying.

The Memogate scandal erupted in 2011 when Pakistani-American businessman Mansoor Ijaz claimed to have received an 'anti-army' memo from Haqqani for the then-US joint chiefs chairman Admiral Mike Mullen.

Furthermore, Husain is accused of embezzlement in the secret fund worth $7.2 million, the report said.

On February 15, Pakistan's apex court issued an arrest warrant against Haqqani and directed him to appear in the Memogate case.

However, Haqqani failed to comply with the court orders.

The FIA had asked Interpol to issue a red warrant for Haqqani, Additional Attorney General Rana Waqar told the top court but Interpol asked what, if any, criminal case had been filed against Haqqani.

In late February, Pakistan's Supreme Court was informed that Interpol had not issued any warrant against the former ambassador to the US in response to a request by the Pakistan government and had raised certain queries instead.

Responding to reports of the warrants, Haqqani stated on Twitter that it was "sad that highest court of Pakistan persists with such antics for local TV news coverage. Such political 'warrants' have not been honored abroad in the past, won't work now."