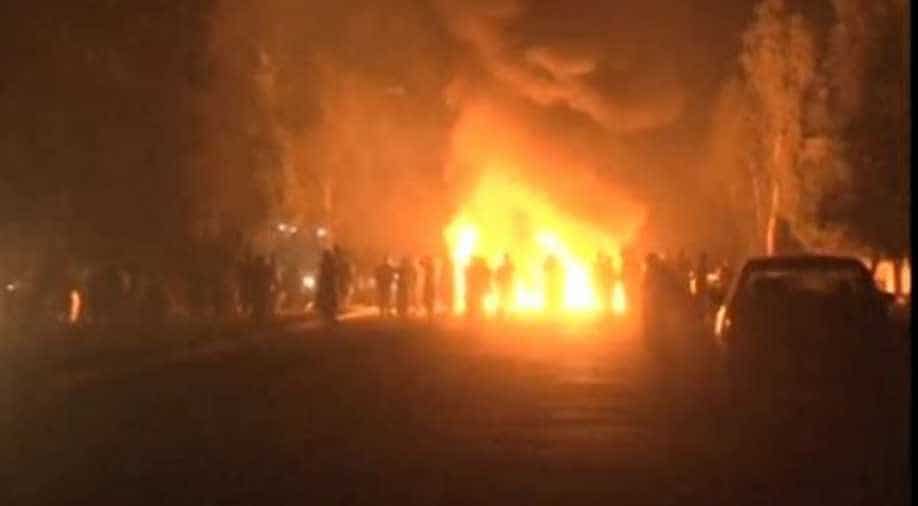 A car bomb killed at least 14 people and wounded dozens more who had gathered to watch a wrestling match in southern Afghanistan on Friday, officials said.

There was no immediate claim of responsibility for the blast, which went off outside the match venue in Lashkar Gah - capital of the province of Helmand - in front of a crowd that included local lawmakers.

The attack, which followed a suicide blast in Kabul on Wednesday that was claimed by Islamic State, underlined the continued threat of violence across much of Afghanistan with the approach of spring, when fighting tends to pick up.

Omar Zwak, a spokesman for the provincial governor, said the driver of the car detonated his bomb after he was prevented from entering the venue. He said at least 14 people had been killed and at least 47 wounded. The casualties included children.

Italian aid group Emergency, which runs a major trauma hospital in the city, said 35 wounded had been brought in as well as four who were dead on arrival.

The Taliban controls large areas of Helmand, source of much of Afghanistan`s opium crop. But government forces, backed by heavy US air strikes, have succeeded in preventing Lashkar Gah from falling and have made advances in some districts.

The city, which came under threat from the insurgents last year, had been relatively quiet in recent months following offensives by security forces and fighting has shifted to other provinces including neighbouring Farah on the border with Iran.

The blast occurred as Afghans were celebrating the victory of their national cricket team in a match that qualified them for next year`s World Cup.

President Ashraf Ghani has offered to hold peace talks with the Taliban but there has so far been little sign the insurgents are willing to end their fight to drive out foreign forces and reestablish their version of strict Islamic law.

Separately, Afghan Special Forces arrested a French woman among a group of Islamic State fighters captured in the northern province of Jowzjan, an official from the National Directorate of Security said.

If confirmed, the woman would be a rare example of a European militant fighter in Afghanistan. While many foreign fighters have been active in the country, most are from neighbouring countries like Pakistan or Uzbekistan.

Although there has been concern that foreign fighters from the Middle East could turn up in Afghanistan following the defeats inflicted on Islamic State in Syria and Iraq, US and Afghan officials say there has been very little firm evidence.