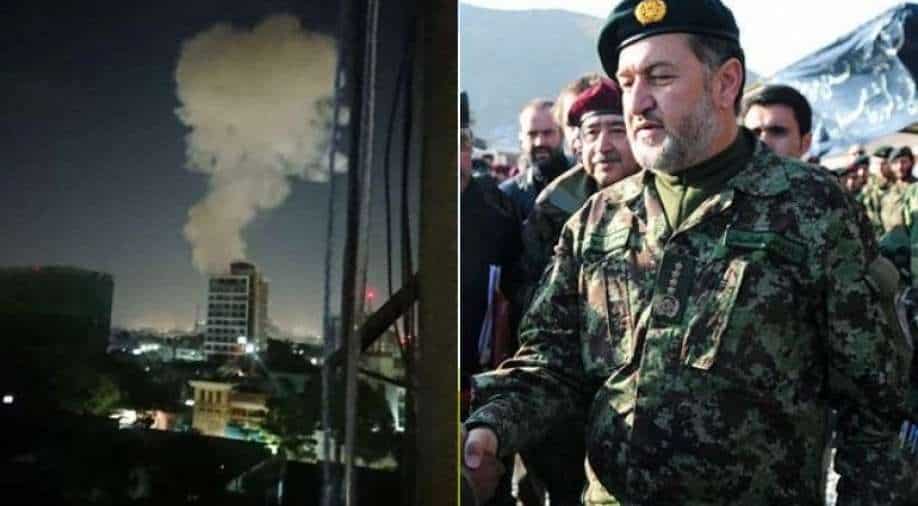 The explosion took place near the residence of acting Defence Minister Bismillah Mohammadi. Photograph:(Twitter)
Follow Us

According to reports, an explosion occurred in downtown Kabul at approximately 8 pm local time on Tuesday evening.Minutes after the explosion, smoke could be seen pouring from the blast site.

The explosion was due to a vehicle bomb attack near the house of interim Defence Minister Bismillah Mohammadi, stated security officers at the site.

Sporadic gunfire was audible at the blast location and some gunmen entered the defence minister’s residence, sources added.

A suicide bomber detonated a bomb in front of the Afghan Defence Minister's residence, which was then attacked by at least two gunmen.

Security personnel have arrived at the scene of a vehicle bomb assault.

Clashes between Afghan forces and the Taliban have escalated across the nation, with the Taliban seizing control of checkpoints, trade stations, and infrastructure projects.

The attack was not immediately claimed by any terrorist organisation.