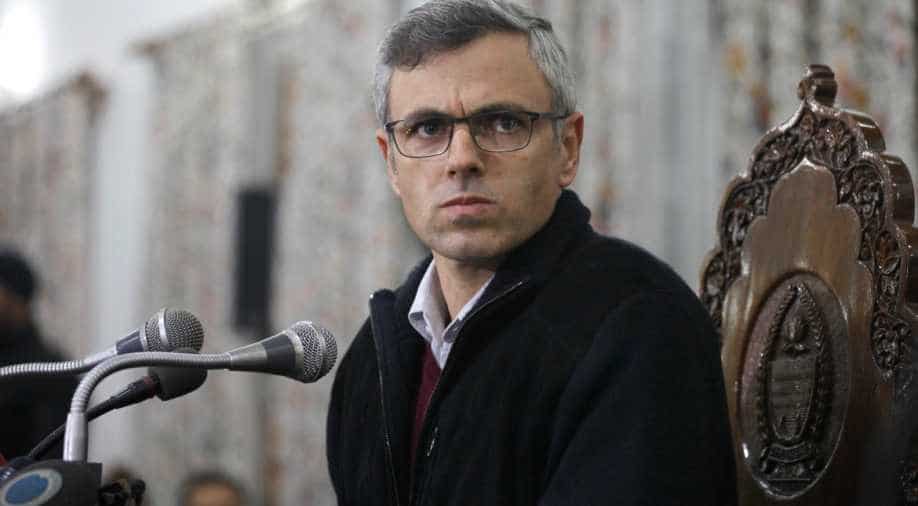 In this file photo, former Chief Minister of J&K and National Conference leader Omar Abdullah can be seen. Photograph:( AFP )

Follow Us
A day after claiming that slain Hizbul Mujahideen commander Burhan Wani had no links to militancy, former chief minister of the Indian state of Jammu and Kashmir, Omar Abdullah, today asserted that Wani had become the new 'icon' for the frustrated and disaffected youth in the Valley.

"After many years I hear slogans for "Azadi" resonate from the mosque in my uptown Srinagar locality. Kashmir's disaffected got a new icon. Mark my words - Burhan's ability to recruit in to militancy from the grave will far outstrip anything he could have done on social media," Omar said in a series of tweets.

Earlier, stating that National Conference Party, a political party in Jammu and Kashmir, had always maintained that a political problem needs a political solution, Omar had said that Burhan was not the first to pick up the gun and would not be the last.

"For all Burhan's social media activity I don't recall any militancy incident attributed to him while I was in office. Not sure after that," he tweeted. Meanwhile, All Parties Hurriyat Conference, an alliance of 26 political, social and religious organisation as a political front to the cause of Kashmiri independence, chairman, Syed Ali Geelani, and separatist leader Asiya Andrabi have called for a complete state-wide shutdown today and appealed to the people to participate in Wani's funeral prayers in large numbers.

Geelani also appealed to the people to hold funeral prayers in-absentia for Wani at their respective places for those who could not reach Tral. The Internet-savvy Kashmiri militant was reportedly a resident of Dadsara village in south Kashmir's Tral area.

He had left home in 2010 - days before he was to take his Class 10 examination to join the region's front-line indigenous militant outfit, Hizbul Mujahideen.

He soon rose to become its district commander and figured in the list of most wanted militants.

Wani featured in videos circulated on Facebook and WhatsApp aimed at recruiting young Kashmiri men for terror. Last month, Wani released a video warning of attacks on separate colonies for Sainiks and Kashmiri Pandits if they are set up in the Kashmir Valley.

The major part of the video message, however, was directed at the Jammu and Kashmir Police warning them of more attacks.

Hizbul Mujahideen is a Kashmiri separatist group whose leader Syed Salahuddin is based in Pakistan.

Violence in Kashmir has spiked against a backdrop of rising social tension and separatist sentiment in the Muslim-majority region, which for decades has been at the centre of a strategic tussle between India and Pakistan.

India and Pakistan have fought two of their three wars since independence in 1947 over Kashmir, which they both claim in full but rule in part.

India accuses Pakistan of training and arming the rebels in the portion it controls and sending them to the Indian side, a claim its neighbour denies.