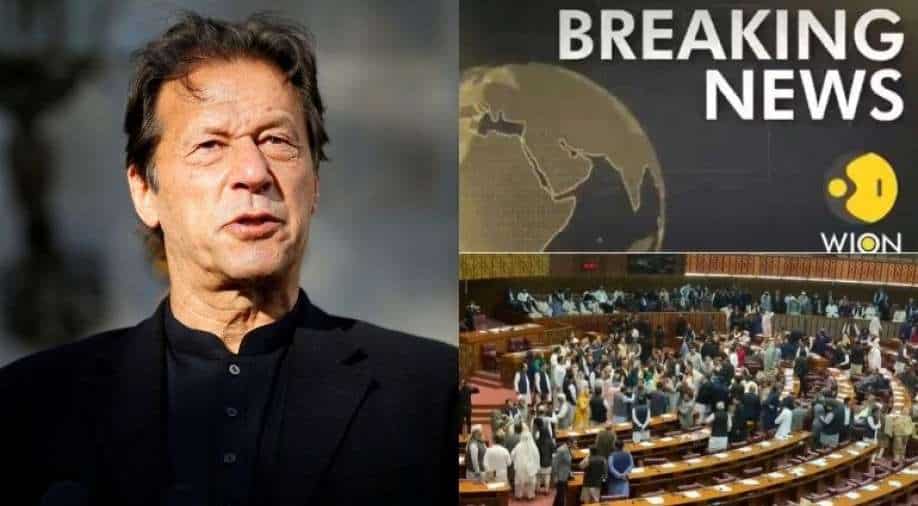 Khan sent advice to president to dissolve the National Assembly, asking countrymen to prepare for a new election, which will decide who will stay in power

In a surprising turn of events, the Pakistan parliament session on a no-trust vote against Prime Minister Imran Khan was abruptly adjourned just minutes after it started on Sunday.

Almost simultaneously, Khan sent advice to president to dissolve the National Assembly, asking countrymen to prepare for a new election, which will decide who will stay in power.

"Dear citizens, it's you, who decide the faith of the nation. Please be prepared for the next election. I have sent president the advice to dissolve the assembly. The conspiracy against our country has failed today," Khan said.

His move came after Deputy Speaker of National Assembly Qasim Khan Suri dismissed the no-trust move against Prime Minister Imran Khan, terming it against Article 5 of the Constitution.

Suri was filling in for Speaker Asad Qaiser against whom the opposition parties filed a no-confidence motion earlier in the day, in another surprise move.

Soon after the adjournment, opposition members shouted slogans in the parliament.

Earlier, several supporters of Khan were arrested by police and removed from outside the parliament house.

Security has been tightened around the capital and other cities.

Bilawal Bhutto, the leader of Pakistan People’s Party said the opposition will challenge in court the move by Imran Khan to dissolve the National Assembly and hold protest in parliament.

The ball is in the top court of Pakistan, which will have to decide whether it can dissolve parliament without the no-confidence motion, and allow for a fresh national election, which would be the second in three and a half years.

This has essentially plunged the country into another constitutional crisis.