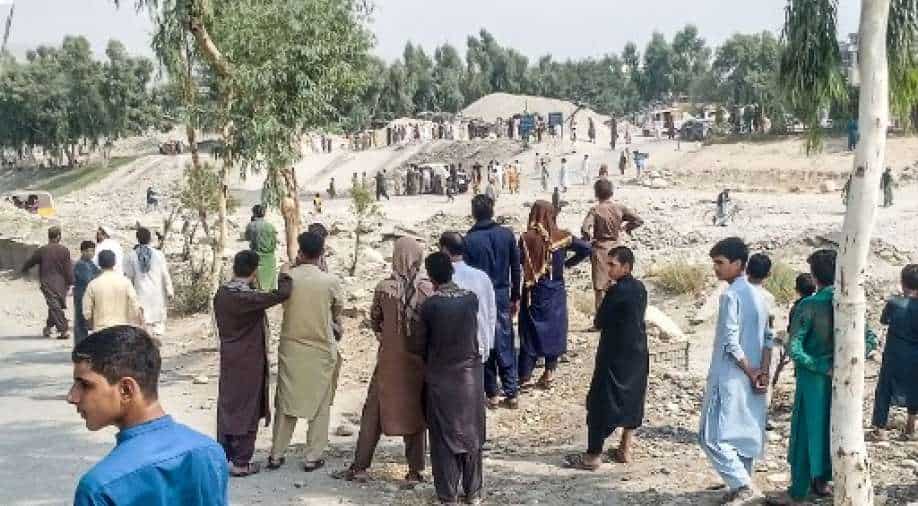 Taliban members and people gather at the site of a bomb explosion which targeted a pickup truck carrying Taliban fighters in Jalalabad Photograph:( AFP )

According to local media, citing witnesses, the explosion wounded Taliban fighters and they were later taken to a hospital. A journalist said the explosion took place near an interchange for transport to and from the capital, Kabul.

Further details regarding the number of Taliban militias wounded and causality are yet to be determined.

On Saturday, at least two people were killed in Jalalabad in the first deadly blasts since the last US forces withdrew from Afghanistan on August 30.

The eastern city is the capital of Nangarhar province, the heartland of the Islamic State group's Afghanistan branch.

Although both IS and the Taliban are hardline Sunni Islamist militants, they have differed on the minutiae of religion and strategy. That tussle has led to bloody fighting between the two.

The explosions come on a day when Afghan women took to the streets in Kabul to voice their concern against Taliban policies seeking to suppress women’s rights.

Holding up messages calling for the participation of women in public life, they marched from what was once the ministry of women affairs to the city centre.

The protest came after several restrictions were imposed on girls and women in the country.

Later speaking to WION, Ghazala Koofi, the lead organiser of press conference, stated that they would take to the streets if their due rights are not given.

These women also said that by denying their right to work and participate meaningfully in the social, political and economic sphere the incumbent government is going against Islamic principles. Freedom of religion, individual rights and liberties must be respected, said the women.