Bhutan vaccinates 85% of the population in record time 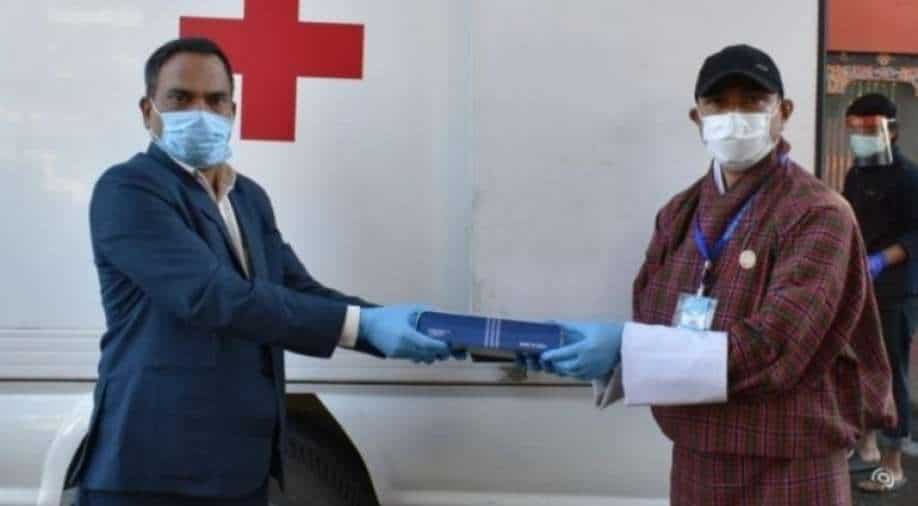 The tiny Himalayan kingdom wedged between India and China has vaccinated nearly 85% of its adult population since March 27. Overall, the country has vaccinated 62% of its 800,000 people.

Bhutan has become the first country in the world to administer the first doses of the COVID-19 vaccine to almost all its eligible population.

The tiny Himalayan kingdom wedged between India and China has vaccinated nearly 85% of its adult population since March 27. Overall, the country has vaccinated 62% of its 800,000 people.

According to a report by The Economist, only Israel (95.1%) and Seychelles (94.1%) have vaccinated a higher percentage of adults, but in months.

Bhutan started its vaccination drive on March 27 with Ninda Dema, a 30-year-old woman born in the year of the Monkey as per Buddhist astrology. She became the country’s first to receive the shot at a school-turned vaccination centre in the capital Thimphu, an event that was televised live.

Ninda, a bureaucrat, folded the sleeve of her jacket and pressed her palms in a traditional gesture of greetings and prayers as she received the dose from a masked nurse amid lighting of butter lamps and chanting of Buddhist prayers. The nurse was also born in the same year of the Monkey.

Buddist years are named after 12 animals like goat, rooster, pig and religious followers believe that people born in the year of the Monkey are inventive and can solve even the most difficult problems rather easily.

A country of about 800,000 people Bhutan received 150,000 doses of the vaccine manufactured by the Serum Institute of India in January. But unlike neighbouring Nepal that has suspended the campaign due to the lack of vaccines, authorities in Bhutan waited for 400,000 more shots that were provided this month to begin the campaign in one go.

The scenic country, which is heavily dependent on high-end tourists, is famous for its “gross national happiness” index as an alternative to gross domestic product to indicate real economic progress or development.

The country has recorded 896 Covid-19 infections and one death so far.