Bangladesh in a fix over violence against Rohingyas in Myanmar 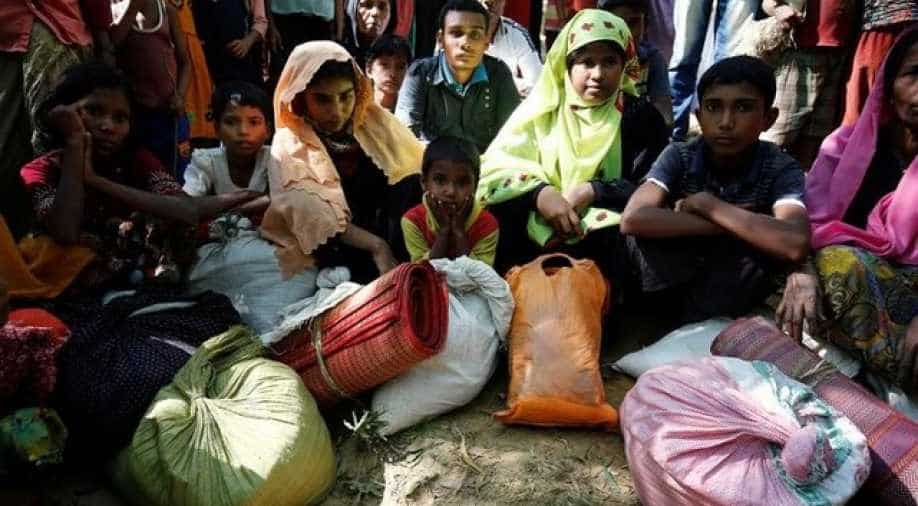 Close to 30,000 Rohingya Muslims have been displaced so far, according to the United Nations. Photograph:( Reuters )

Bangladesh has urged the international community to settle the ongoing violence against Rohingya Muslims in a peaceful manner, as horrifying tales of murder, rape and arson are emerging from Myanmar.

Bangladesh is under international pressure to accommodate the fleeing Rohingyas into their country, but Dhaka insists they have scant resources to help the refugees if they do enter.

However, Bangladesh's foreign minister Abul Hassan Mahmood Ali said the government is allowing some Rohingyas to cross the border on humanitarian grounds.

“Bangladesh still stands firm on refusing to open the border along Myanmar. But in some cases, we are allowing Rohingyas after considering the inhumane conditions they have escaped from,” the minister said at a press conference, Bangladesh newspaper Dhaka Tribune reported.

Bangladesh said on Wednesday that it had summoned Myanmar's ambassador to express their "deep concern", as thousands of ohingyas were massing at the border crossing.

"Despite our border guards' sincere effort to prevent the influx, thousands of distressed Myanmar citizens including women, children and elderly people continue to cross (the) border into Bangladesh," the government said, AFP reported.

So far around 30,000 Rohingyas have been displaced, the UN said, adding that the violence could be viewed as an act of "ethnic cleansing".

Rohingyas are looked at with deep mistrust in Buddhist-majority Myanmar. Most of them have lived in Rakhine state for generations, but have been denied basic rights by the government.