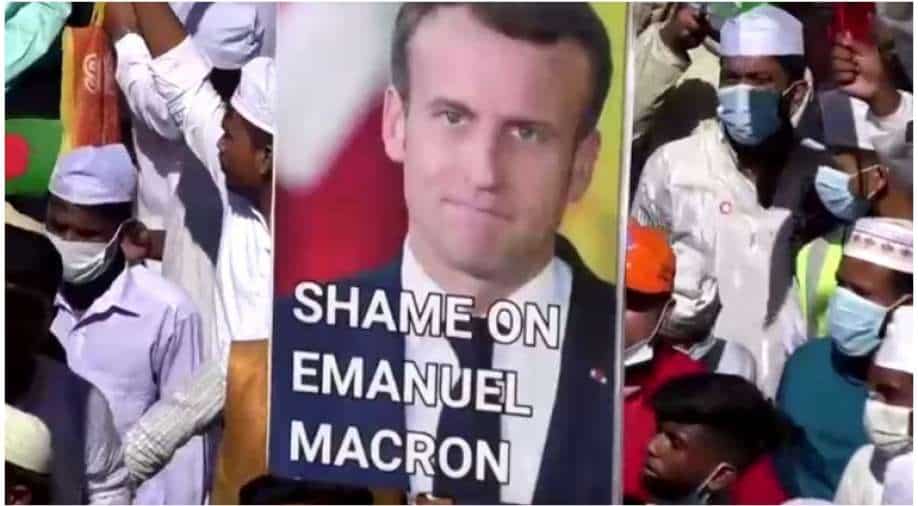 French products are already being boycotted in some countries in the Middle East/ West Asia.

The violence has come at a time of growing Muslim anger over France's defence of the right to publish cartoons depicting the Prophet Mohammad, and protesters have denounced France in street rallies in several Muslim-majority countries.

French investigators said the man suspected of carrying out the Nice attack was a Tunisian born in 1999 who had arrived in Europe on Sept. 20 on Lampedusa, an Italian island off Tunisia that is a main landing point for migrants from Africa.

France gets support across the globe

Several countries have stood beside France on the issue.

"It is just the most callous and cowardly and vicious act of barbarism by terrorists and should be condemned in the strongest possible way," said Australian Prime Minister Scott Morrison.

Morrison had expressed his support to Macron, he told media on Friday. "We share values. We stand for the same things."

I strongly condemn the recent terrorist attacks in France, including today's heinous attack in Nice inside a church. Our deepest and heartfelt condolences to the families of the victims and the people of France. India stands with France in the fight against terrorism," he tweeted on Thursday.

On Thursday, former Malaysian PM Mahathir Mohamad made bizarre assertions in a long series of tweets. One of his tweets said that Muslims had right to be angry and "kill millions of French people". The tweet was removed by Twitter saying that it violated its guidelines.