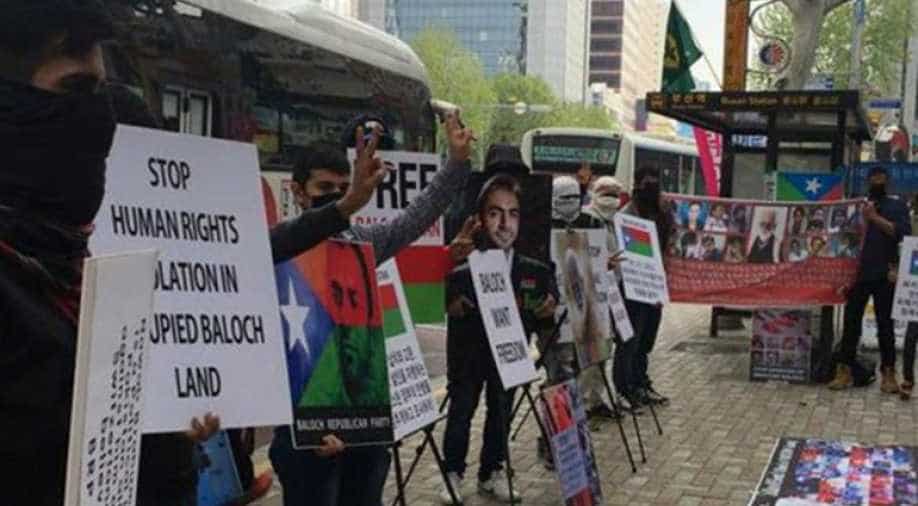 The party workers distributed informative pamphlets to the public and shouted slogans such as - "We want Freedom" and "Stop Killing Baloch" during the protest.

The President of BRP South Korea Chapter, Ameer Baloch, said, "We want to tell the world that in Balochistan, atrocities are being carried out by Pakistani military forces. We are not safe even inside the four walls of the house. Balochs are getting kidnapped and their bodies are found dumped after months."

He urged international organisations such as the United Nations (UN) and the European Union (EU) to take note of the human rights violations in Balochistan and to raise their voices against the alleged atrocities committed on its people.

Ameer added that those who believed in humanity and freedom should support the Baloch people in their independence movement and called on for strict action against the Pakistani military forces.

"I request all to participate in our freedom movement. We want to tell the world that whatever atrocities are being committed against our people, we will continue to raise our voice against it until we achieve complete independence from Pakistan. Strict action should be taken against the Pakistani forces," he asserted.

Further highlighting the human rights violations in Balochistan, Ameer said around 15,000 people were dead in extrajudicial killings, while 25,000 others were kidnapped by the Pakistani forces.