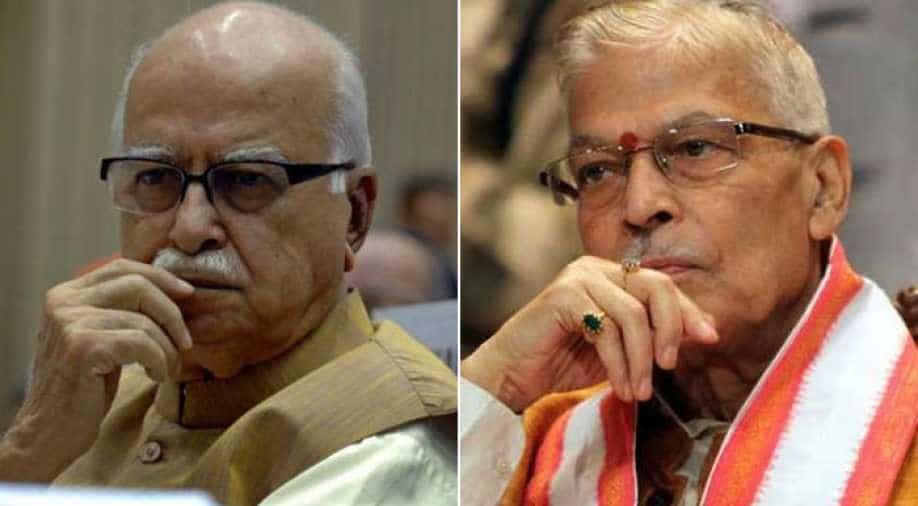 The Supreme Court had ordered prosecution of LK Advani, Murli Manohar Joshi and Uma Bharti, and other accused for criminal conspiracy in connection with destroying the medieval-era monument. Photograph:( Zee News Network )

The court rejected the discharge petition filed by the three leaders and nine others who have been accused of criminal conspiracy.

Earlier, the court granted bail to all twelve accused on a personal bond of Rs 50,000.

The BJP leaders arrived in court amid heavy security as the case stirred memories of the temple demolition nearly 25 years ago.

The Lucknow court has set a day-to-day trial after the judge had said no application for adjournment or exemption from personal appearance shall be entertained.

The court has set a two-year deadline to decide the case.

Uttar Pradesh chief minister Yogi Adityanath had met  BJP senior leader L K Advani ahead of the court hearing. The Uttar Pradesh administration has put a security parameter around the courtroom with hundreds of police personnel surrounding the area.

I'm not a criminal: Uma Bharti asserts ahead of #BabriMasjid hearing today

The Supreme Court had on April 19 ordered prosecution of Advani (89), Joshi (83), 58-year-old Bharti, and other accused of criminal conspiracy in the politically sensitive case.

The top court had called the destruction of the medieval-era monument a "crime" which shook the "secular fabric of the Constitution" while allowing the CBI's plea seeking restoration of criminal conspiracy charge against the four BJP leaders, including Katiyar (62), and others.