Attack in Afghanistan kills 10 from charity that clears land mines 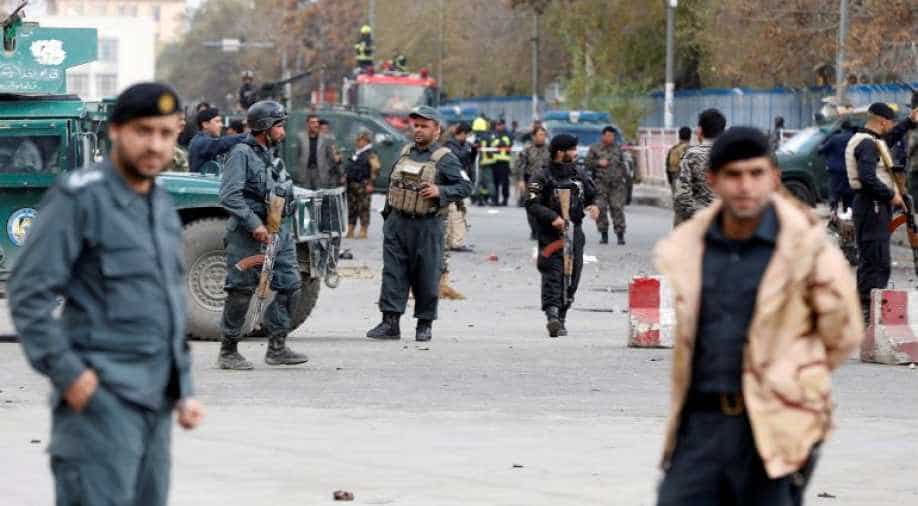 Tariq Arian, a spokesperson for the Interior Ministry, blamed the Taliban for the attack, which occurred late Tuesday at a demining camp in the northeastern province of Baghlan and targeted employees of the HALO Trust. He said the victims were all Afghan citizens, and the wounded were transferred to hospitals

At least 10 people were killed and 16 others injured in an armed attack on staff members of a British-American charity in Afghanistan that has been clearing land mines in the country for decades, officials said Wednesday.

Tariq Arian, a spokesperson for the Interior Ministry, blamed the Taliban for the attack, which occurred late Tuesday at a demining camp in the northeastern province of Baghlan and targeted employees of the HALO Trust. He said the victims were all Afghan citizens, and the wounded were transferred to hospitals.

Zabihullah Mujahid, a spokesperson for the Taliban, denied any involvement and said that the area where the “horrifying” attack had taken place was not under the militant group’s control. He added in a post on Twitter: “We condemn attacks on the defenseless &amp; view it as brutality. We have normal relations with NGOs, our Mujahidin will never carry out such brutal acts.”

The HALO Trust condemned the attack in a statement Wednesday. It said that 110 men from local communities had been carrying out humanitarian work at the demining camp during the attack by an “unknown armed group.”

Tolo News, a news network in Afghanistan, published footage on Twitter that it said showed people injured in the attack being taken on stretchers to a public hospital in Pul-e-Khumri, a city about 140 miles north of Kabul, the capital.

Baghlan province is one of the places where the Taliban have been attacking in recent weeks as they have seized control of territory and military outposts in several parts of the country. One attack on a security depot there in late May killed eight territorial army soldiers and wounded 10 others.

The Taliban’s advances coincide with the withdrawal of United States troops and their NATO allies from the country, a process that is expected to end by early to mid-July. Officials in the Biden administration, which is eager to prevent the country’s cities from falling to the Taliban, are debating whether U.S. warplanes should provide air support to Afghan forces.

Washington’s peace envoy to Afghanistan, Zalmay Khalilzad, finished a four-day visit to Kabul on Tuesday. Khalilzad is an Afghan-born American diplomat who led negotiations before the Trump administration’s February 2020 peace deal with the Taliban, which laid out the conditions and timeline for the U.S. withdrawal.

The U.S. Embassy in Kabul said in a statement Wednesday that American leaders met their Afghan counterparts in the city this week and “agreed that maintaining political unity was essential during this period of transition.”

The HALO Trust, a British charity with an American affiliate registered in Washington, began working in Afghanistan in 1988. Its field teams clear land mines, dispose of unexploded ordnance found in bombs and bullets, and build facilities to store guns and other weapons safely. The group has programs in 26 countries and territories, including in Iraq, where it began working in 2018.

The HALO program in Afghanistan, which started months before the Soviet Army pulled out of the country in 1989, employs more than 2,600 local staff members and remains the group’s largest operation in the world. HALO says on its website that over the past 30 years, it has worked with the Afghan government to make nearly 80% of the country’s recorded minefields and battlefields safe.

Still, the group says, an area of Afghanistan as large as Chicago still needs to be cleared.

Diana, Princess of Wales, called attention to HALO’s work in 1997, when she walked through a live minefield in Angola — once home to one of the most heated Cold War conflicts in Africa — to highlight the danger of mines around the world.

Diana’s youngest son, Prince Harry, retraced her steps in 2019 during a trip through the continent with his wife, Meghan, Duchess of Sussex, and their son. HALO said at the time that it had cleared about 100,000 mines in Angola since Diana’s visit.