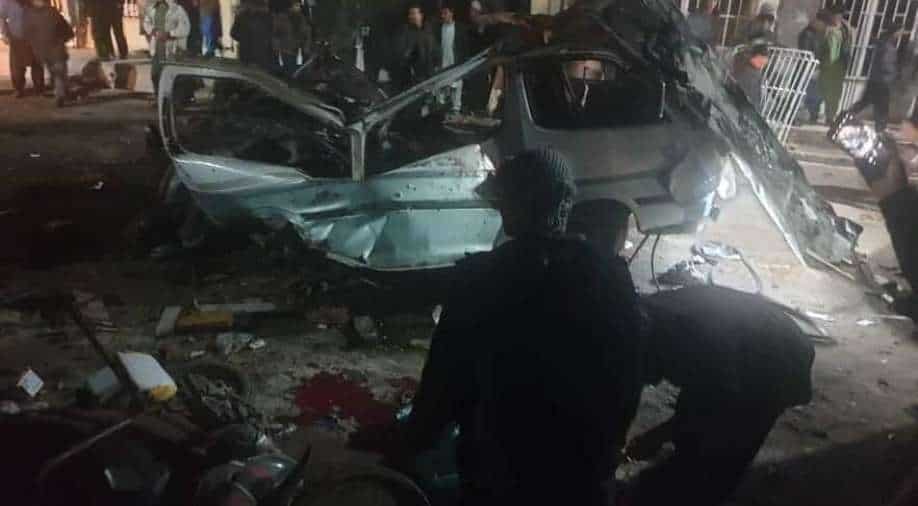 A health official in Herat, on the condition of anonymity, said that an explosion hit a small van which was used for public transport

At least seven people have been killed and nine have been injured after a blast ripped through a minivan in Afghanistan's Herat on Saturday. The blast was confirmed by Herat's intelligence office.

The bomb was attached to the fuel tank of the bus. No group has so far taken responsibility for the attack.

A health official in Herat, on the condition of anonymity, said that an explosion hit a small van which was used for public transport. He further revealed that three of the injured people were in serious condition.

The head of Herat's provincial hospital, Arif Jalali, while speaking to AFP said, "Four women were among the seven killed. "

The blast took place in Haji Abbas area of Herat city.
Local officials have not yet commented on the incident or the number of casualties. But eyewitnesses say the blast caused financial and personal damage.#Afghanistan pic.twitter.com/HkkjVepSJO

Ever since the Taliban took control of Afghanistan, a series of blasts and attacks have been taking place. This has added to the security challenges for the Taliban.

Earlier in November, a blast took place at a mosque in the Spin Ghar area in Afghanistan's Nangarhar province.

The explosives were reportedly planted inside the mosque. The blast was confirmed by Taliban officials as reports claimed the bomb was hidden inside a loudspeaker.