Asia Bibi's husband asks for asylum in UK, US or Canada 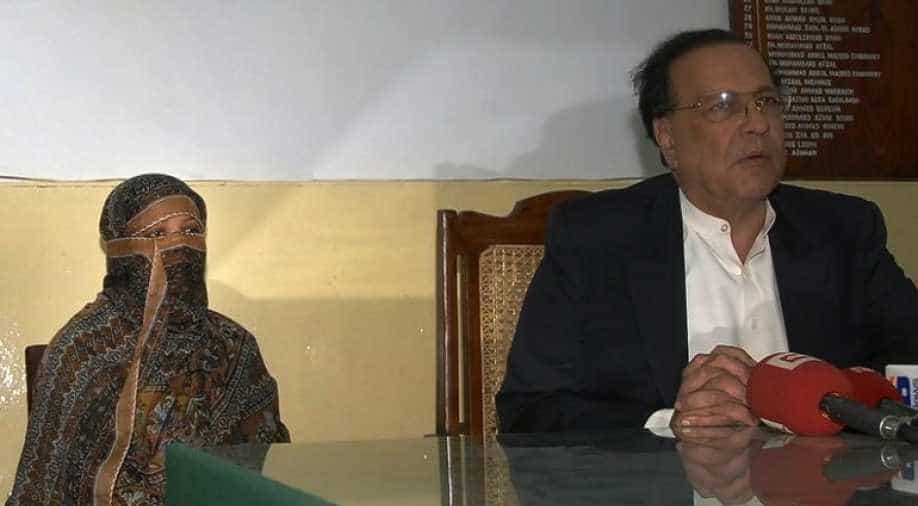 Asia was this week acquitted by Pakistan's Supreme Court of insulting the Prophet Muhammad.

Masih said they were in danger in Pakistan and that threats had been made to Asia's life. Asia was this week acquitted by Pakistan's Supreme Court of insulting the Prophet Muhammad.

"The situation is dangerous for Asia. I feel that her life is not secure," AFP had earlier quoted Masih as saying. "So I appeal to government to enhance Asia's security in jail".

Asia, 47, has spent eight years on death row. She was accused of insulting the Prophet Muhammad in 2009, after a dispute with fellow workers, and convicted by a lower court in 2010.

The accusation of blasphemy had broken out over a drink of water. Asia's fellow workers — they had been harvesting fruit — said she should not have drunk from a common bucket and that she had defiled the water because she was Christian.

They added that she should convert to Islam.

France and Spain have offered her asylum, while the former bishop of Rochester, Michael Nazir-Ali, who is a Christian born in Pakistan, said Bibi should be granted asylum in the UK, Skynews reported.

The protesters, however, ended their action Friday night after the government reached a controversial deal to put Bibi on the no-fly list and saying it would not object to an appeal against the verdict, which was filed earlier in the Supreme Court.

"We have requested the Supreme Court to put Asia Bibi on the Exit Control List as soon as possible so that she could not fly out of the country," Ghulam Mustafa Chaudhry, the lawyer of Qari Salam who filed the case against Bibi, told AFP.

"We fear that she would be flown out of the country so we have requested the court for an early hearing of the case," he said, adding that he would "exploit all legal remedies to make sure Asia Bibi is hanged according to the law".

Bibi's lawyer Saif-ul-Mulook and Pakistani media criticised the government for caving in to the Islamist hardliners after Prime Minister Imran Khan had earlier appeared to stand up to them following the court verdict.

Meanwhile, Saif-ul-Mulook, who saved Bibi from the gallows left the country on Saturday, saying his life was under threat.