Fighting for 8 years now, Asia Bibi always said she had not blasphemed the Prophet 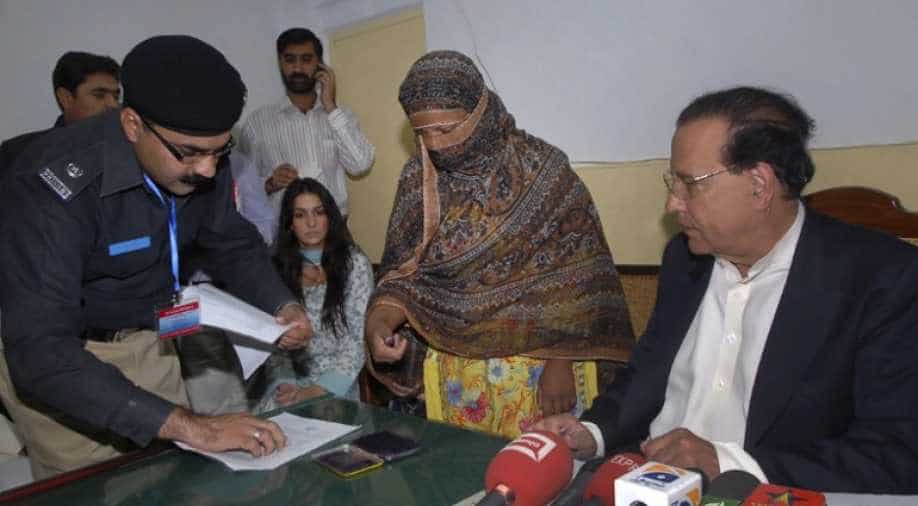 Bibi was on Wednesday acquitted of having blasphemed the prophet. She was the first Pakistani woman to be sentenced to death under the country's draconian blasphemy laws.

Asia Bibi was the first Pakistani woman to be sentenced to death for blasphemy.

Asia was accused in 2009 of insulting the Prophet Mohammad — a charge punishable by death under Pakistan's draconian blasphemy laws.

Asia and a group of women had been harvesting fruit when the women accused Asia of defiling their drinking water. Asia is Christian and had drunk out of a common bucket.

The women said Asia should convert. In the row that broke out, the women accused Asia of having insulted the Prophet three times.

Asia was later beaten up at home, during which time her accusers say she confessed to having insulted the Prophet.

Asia was convicted in 2010 and she has spent much of the intervening eight years in solitary confinement.

Her plight has drawn attention from international rights groups.

Pope Benedict XVI joined in calls for her release in 2010. In 2015, Asia's daughter met with Pope Francis who offered prayers for her mother.

In 2011, the then Punjab Governor Salman Taseer was assassinated for voicing support for Asia. Taseer was shot by his own bodyguard.

Bibi's first appeal was dismissed by the Lahore High Court in 2014, but the Supreme Court stayed her execution in 2015.

On Wednesday, the Supreme Court acquitted Asia of all charges saying the prosecution had failed to prove its case beyond reasonable doubt.

Asia has always denied having blasphemed the Prophet.