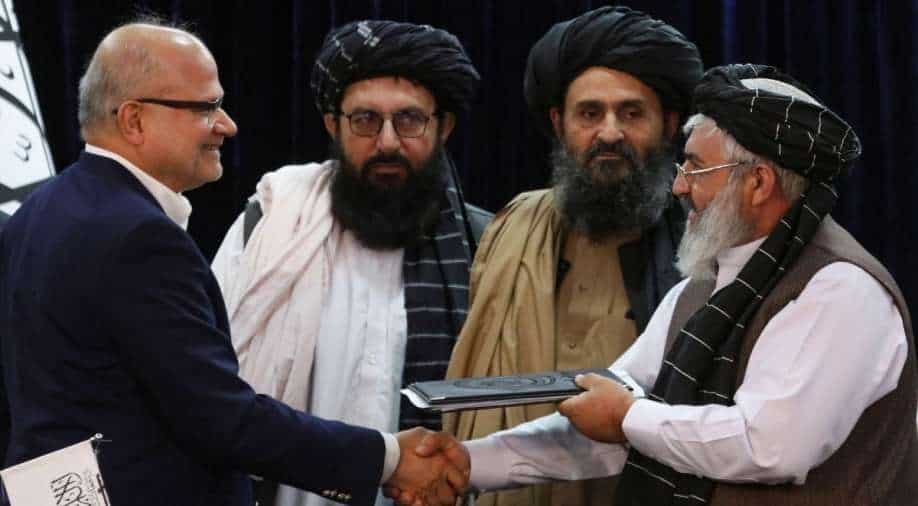 As Afghanistan looks forward to resuming international transit, a contract has been signed between the Taliban authorities and a United Arab Emirates (UAE) company, to provide ground handling services at three airports in the country, officials said.

As reported by TOLO News, the country's first deputy PM Mullah Abdul Ghani Baradar said in an address that security is good in the country. He added that the Islamic Emirate is ready to cooperate with investing countries.

Baradar spoke at the signing of a contract with UAE company GAAC to run ground operations at three Afghan airports. He also told reporters in Kabul that his administration was renewing an airport ground handling agreement with the UAE.

"Afghanistan has been affected by wars and extreme poverty, and now we are rebuilding it. We seek good relations with all countries and urge them to invest in Afghanistan to help its strife-torn people," Baradar said.

1/3: In the presence of Mullah Abdul Ghani Beradar Akhund, Deputy Prime Minister for Economic Affairs, the Ministry of Transport and Civil Aviation and a UAE-based company (GAAC/G42), signed a contract to provide ground handling services for pic.twitter.com/kYhoAVdhZ1

During the troops' withdrawal by the US from Afghanistan last year in August, the airport in the capital Kabul was trashed. At that time, tens of thousands of people also evacuated. Some domestic and international flights are still operating out of the facility.

Ibrahim Morafi, regional director of GAAC, told AFP that we "are not a new face here". He added, "But GAAC signing the new contract will give confidence to international airlines to resume flights to Afghanistan."

Although, he didn't reveal when such flights were expected to resume.