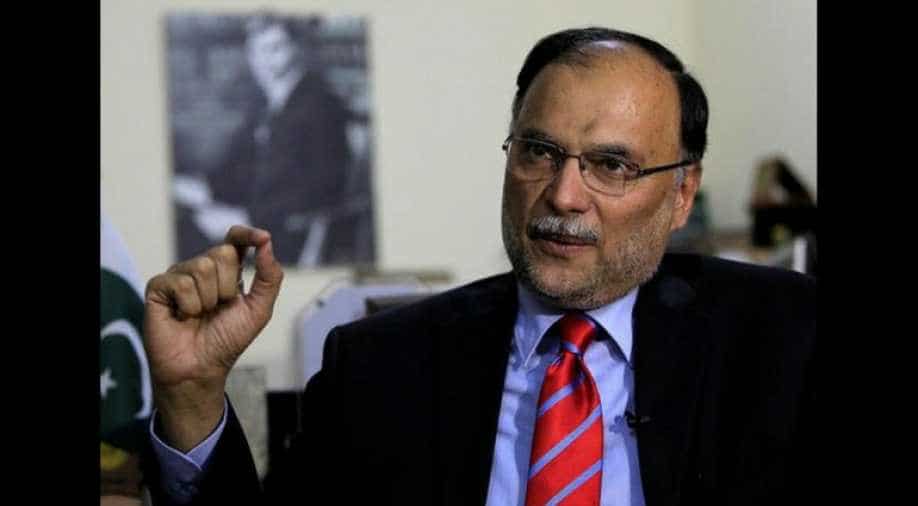 The 59-year-old leader of the ruling Pakistan Muslim League-Nawaz (PML-N) further said if he had levelled baseless allegations against anyone, evidence should be given to substantiate them

Are Pakistani politicians worse than their Indian and Bangladeshi counterparts?

This was the strange query of Pakistan's Interior minister Ahsan Iqbal as he attacked Supreme Court Chief Justice Saqib Nisar for allegedly exceeding his brief.

Chief Justice Nisar has been under attack ever since the apex court disqualified prime minister Nawaz Sharif last year and ended his political career by barring the three-time premier from holding public office for life.

Sharif had been criticising the judiciary, especially chief justice Nisar, accusing him of imposing the "worst kind of dictatorship" in the country.

Sharif told reporters yesterday that suo motu actions of the Chief Justice of Pakistan (CJP) against the federal and provincial governments in the country were nothing less than a "judicial martial law".

Joining hands with Sharif, Ahsan said: "If a judge is a patriot, so is a politician."

Ahsan, who is also the minister for planning, development and reforms, said one has to understand that politicians also have self-respect and dignity just as much as any army official or any judge.

Addressing a seminar on the China-Pakistan Economic Corridor(CPEC) here, the interior minister wondered if politicians in Pakistan are worse than their Indian and Bangladeshi counterparts, the Express Tribune reported.

"Look, the Chief Justice can sit on the bench and say Ahsan Iqbal got a vice chancellor appointed," thundered Iqbal, referring to Chief Justice Nisar's remarks during a case.

"Mr Chief Justice have a heart. When you are disrespected, we are also disrespected," he was quoted as saying by Geo TV.

"You have no right to name-call people. You must issue me a charge sheet. If you have evidence, produce it before me but enough is enough."

The 59-year-old leader of the ruling Pakistan Muslim League-Nawaz (PML-N) further said if he had levelled baseless allegations against anyone, evidence should be given to substantiate them instead of insulting him.