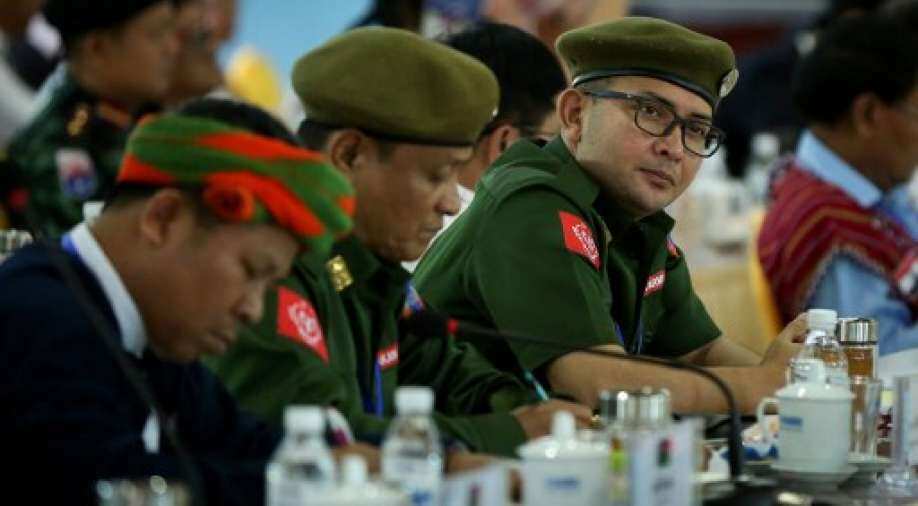 The Arakan Army is the largest insurgent group of Myanmar and most of the attacks have taken place near the Kaladan project which is a $480 million initiative between India and Myanmar.

India and Myanmar face a terror threat with a terrorist group being armed by China. The same group has been targeting Indian investments in Myanmar.

Earlier this month India had made a crucial outreach to Myanmar. It was the first joint visit by the Indian foreign secretary and the Army chief. New Delhi's decision to send the Army chief had caught the attention of many observers.

Reports say the Arakan Army has clashed with Myanmar troops on nearly 600 occasions last year. The Arakan Army is the largest insurgent group of Myanmar and most of the attacks have taken place near the Kaladan project which is a $480 million initiative between India and Myanmar.

The Arakan Army has tried to target the Kaladan project using Chinese weapons. On June 23, the Thai military had seized a consignment of Chinese-made weapons. The weapons were worth almost $1 million and they were supposed to go into the hands of the Arakan Army and the Arakan Rohingya salvation army which is another insurgent group.

Myanmar's terrorist groups are therefore attacking Indian investments using Chinese weapons. There is only one party that benefits from it - the Communist Party of China. It is no rouge operation, there is evidence that proves the Chinese state is driving these weapon supplies.

Earlier this year, the commander in chief of Myanmar's military had blamed China for arming the insurgents, however, he didn't name Beijing but a report within the local press in Myanmar connected the dots. The military chief was blaming China for providing arms to both the Arakan Army and the Arakan Rohingya salvation army.

These groups now pose a security challenge to India's investments. Recently, Myanmar cancelled or curtailed key Belt and Road projects(BRI). The $3.6 billion Myitsone dam project has been suspended. A port project in Kyaukpyu has been scaled down while Myanmar and India are moving ahead with the Kaladan project which is nearing completion.

India and Myanmar are working to operationalise the Sittwe port next year. The entire project once completed will connect Kolkata with Sittwe by sea. A land route that's part of the same project will connect Sittwe to Mizoram. Security challenges would make the Kaladan project unviable which would benefit China as the doors for its Belt and Road projects will re-open once again.

The Arakan Army has been declared a terrorist organisation by Myanmar. China is using these terror groups as bargaining chips just to ensure that Myanmar remains trapped in the Belt and Road project. China's actions pose a direct threat to Myanmar and India's interests in Myanmar.