An iconic bridge sees US allies flee Afghanistan as Soviets did 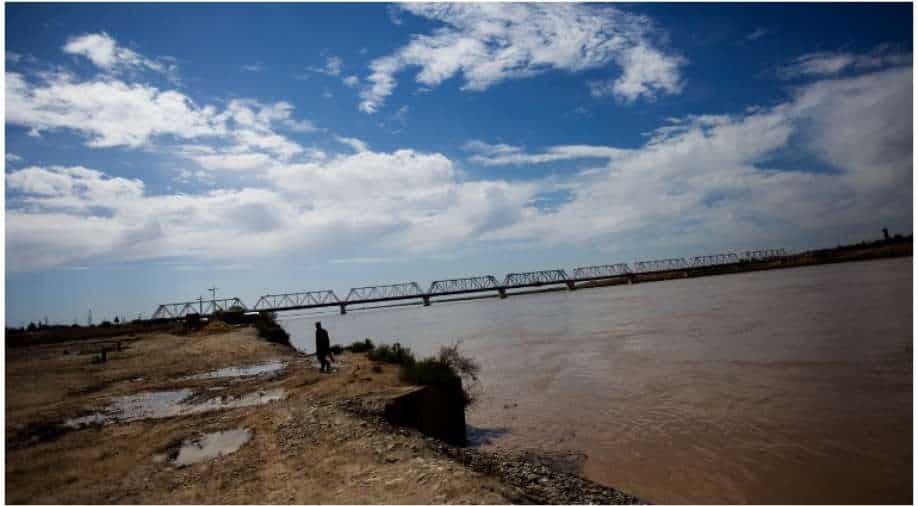 FILE — The Friendship Bridge over the Amu Darya River between Uzbekistan and Afghanistan in 2010. The bridge has been the scene of key moments in Afghanistan’s wars. Photograph:( The New York Times )

The bridge has an eerily Orwellian name — the Friendship Bridge — and a storied history in Afghanistan’s wars.

And again last week, the bridge, which spans the Amu Darya River between Afghanistan and Uzbekistan, provided a backdrop for a watershed moment in the fighting. In a chaotic retreat from the city of Mazar-e-Sharif, pro-government soldiers streamed onto the crossing, seeking safety on the opposite bank.

The scene Thursday mirrored an iconic moment 32 years ago at the end of the failed Soviet war in Afghanistan, when the bridge provided the final exit route out of the country for the defeated Soviet army.

Then, red flags fixed to the armored vehicles flapped in a winter wind as the departing Soviet troops drove and marched across the bridge on Feb. 15, 1989. That was meant to signal an organized, dignified exit for the superpower’s army after a decade of occupation and defeats.

The Soviet commander, Gen. Boris V. Gromov, walked alone behind the last armored column as it rumbled across and out of the country. He then declared that Russia was done with Afghanistan.

“That’s it,” Gromov told a television crew. “Not one Soviet soldier or officer is behind my back.”

The armored vehicles rolled across over the roiling, glacier-fed river slowly and precisely, as if in a parade. On the Uzbek side, women met the soldiers with the traditional greeting of bread and salt. Soldiers were given wristwatches for their service. Television cameras filmed.

The Biden administration had made a point of avoiding a similar scene of ceremonial closure for the U.S. Army in Afghanistan, hardly imaginable now in any case given the unexpectedly rapid collapse of the U.S.-backed government Sunday.

The U.S. commander, Gen. Austin Miller, quietly left the country July 12. And the United States evacuated its headquarters at Bagram Airfield — a site originally built by the Soviets — without a formal handover to the Afghan army.

The Soviet pomp in departure did nothing, of course, to prevent a grinding civil war in the wake of withdrawal, or soul searching at home about the war. And given what followed, Gromov’s march became emblematic of the ignoble end to the Soviet war.

The leader the Russians left behind, Mohammad Najibullah, remained for three years after the parade on the Friendship Bridge, a good deal longer than President Ashraf Ghani, who fled the country even before all of his American backers got out.

The Soviet Union had, in some ways, put down deeper roots than the United States despite the fact that the U.S. occupation lasted longer, said Yuri V. Krupnov, a Russian expert on Afghanistan and director at the Institute of Demography and Migration in Moscow.

The Soviet Union educated about 200,000 Afghan engineers, military officers and administrators, providing the Najibullah government a base of support.

“You can criticize the Soviet Union as much as you want, but the goal was to build a contemporary, modern state” and to stabilize the empire’s southern borders, he said. The Soviet Union built hydroelectric dams, tunnels, roads and bridges, including the Friendship Bridge.

The government the Soviets left behind also limped along for a longer time, he said, because Moscow entrusted its client army with heavier weapons like tanks and artillery, in contrast to the mostly light arms the U.S. handed out. The Soviets also brutally cracked down on the narcotics trade, preventing the emergence of a corrupt class of police and officials.

It failed nonetheless. The Najibullah government collapsed in 1992 and in 1996, the Soviet-installed leader was captured and executed by an emerging new force in Afghanistan, the Taliban. His body was hung from a utility pole in Kabul.

After leaving, Russians spoke of having an Afghan syndrome, like the Vietnam syndrome in the United States. They wanted nothing to do with the country.

The retreat over the Friendship Bridge of soldiers loyal to the U.S.-backed Afghan government, which collapsed just three days later, was a more chaotic scene than the Soviet departure decades earlier.

The Taliban seized Mazar-e-Sharif swiftly after breaking through the Afghan army's front lines. The government security forces and the militias of two warlords — Marshal Abdul Rashid Dostum and Atta Muhammad Noor — fled toward the bridge about 45 miles to the north seeking safety.

There was no dignified exit.

Uzbek authorities allowed in one group of 84 pro-government soldiers but arrested them for illegal border crossing, the Foreign Ministry said in a statement. They blocked others from crossing.

Russian officials have been ambivalent in their public statements about the collapse of the U.S.-backed government in Afghanistan, three decades after their own withdrawal.

They have not been above scoring propaganda points by noting the abandonment of allies and failure of a long-running U.S. foreign policy. But Russia could now also be forced to defend Central Asian client states against Islamist extremism in Afghanistan. The U.S. military had been doing that job.

“It came as a surprise,” Zamir Kabulov, a former Russian ambassador to Afghanistan, said Monday in an interview with the Echo of Moscow radio station, speaking of the quick collapse of the U.S.-backed government. “We thought the Afghan army, whatever its state, would resist for some time. But apparently we were too optimistic in evaluating the quality of training of the American and NATO armed forces.”

The White House has said that the Afghan army was trained and equipped but lacked the will to fight.

And Afghan and U.S. officials have said that starting in 2018, Moscow had been clandestinely arming a Taliban group operating around the city of Kunduz, a dusty regional trade hub east of the Friendship Bridge. It was, in a sense, payback for the U.S. support of the anti-Soviet insurgency years ago.

But as the Taliban swept through northern Afghanistan this summer, eventually taking Kunduz and other major cities, the Russian military deployed tanks for a military exercise near the border in Tajikistan.

The road and railroad bridge crosses the silty water of the Amu Darya River, which is fed by glacial melt in the Hindu Kush mountains and prone to seasonal flooding. The U.S. military, much like the Red Army before it, sent tanker trucks of helicopter and jet fuel over the crossing for years.

It had also been the focus of U.S. plans to deepen trade and infrastructure ties between Afghanistan and the former Soviet Central Asia, to spur economic development and wean the U.S.-backed government in Kabul off U.S. aid.

A decade ago, the World Bank and International Monetary Fund financed improvements to the railroad.

Uzbekistan had planned to extend the railroad, which now reaches only Mazar-e-Sharif, about 45 miles to the south, to Kabul and into neighboring Pakistan. Work was scheduled to begin in September. It is now on indefinite hold.

The bridge, said Alexander Cooley, director of the Harriman Institute at Columbia University and author of “Great Games, Local Rules,” about the geopolitics of Central Asia, has come to “symbolize great power engagement and great power withdrawal.”