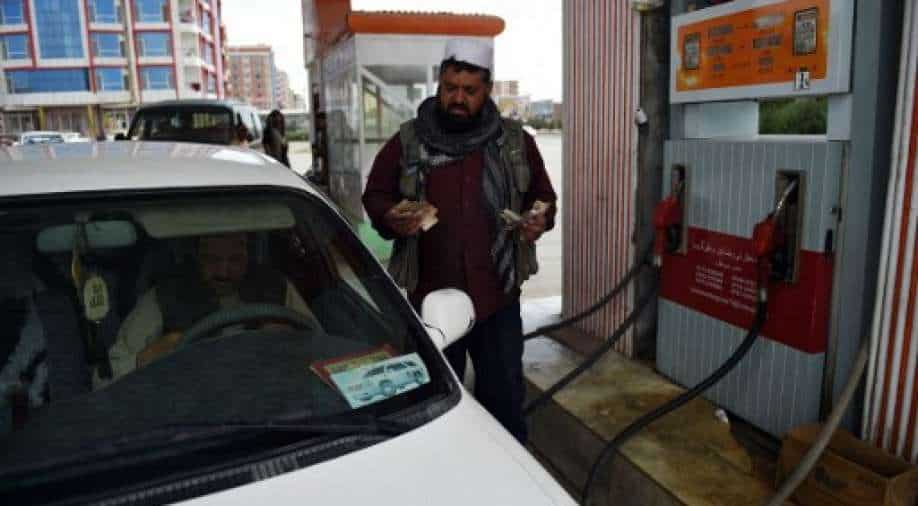 (File photo) An Afghan worker fills a vehicle with fuel at a petrol station on the outskirts of Kabul. Photograph:( AFP )

Under the Taliban-led government, the residents of Afghanistan have been struggling to make ends meet with the price of basic commodities skyrocketing

Denying that there is no shortage of fuel in Afghanistan, the Taliban-led government on Tuesday told WION that they have made adequate arrangements to replenish their fuel supplies and stressed that there will be a drop in the prices in the coming days.

Speaking exclusively to WION, spokesperson of Taliban finance ministry, Ahmad Wali Haqmal, said, “There is nothing we are short of. About two to three days ago over 200 trucks filled with fuel entered our soil from Turkmenistan and Iran, and soon it will reach every corner of Afghanistan. In the coming 5 to 10 days, we will also see a decrease in the rate of fuel.”

Also read | US will not attend Moscow talks on Afghanistan this week: Ned Price

When asked regarding the delay in payment to the employees and dwindling cash reserves, the Taliban spokesman said that the dues have been paid.

“The ministry of Finance is committed to pay salaries of all the staff. 90% of the staff have received salaries and the payment for the rest is under process. So, we will pay all the salaries. And with regards to the availability of cash (reserves), the Afghanistan banks know how much we have,” Haqmal said.

Under the Taliban-led government, the residents of Afghanistan have been struggling to make ends meet with the price of basic commodities skyrocketing, Russia’s TASS news agency reported.

According to reports, fuel prices have risen by 20 per cent to 40 per cent since early August.

Also read | Taliban are not terrorists, US has a wrong understanding: Zabihullah Mujahid to WION

Food costs have also risen as a result of food imports from Pakistan and Iran and on account of rising fuel prices.

A Kabul resident remarked that flour costs have gone up by 30 per cent, while vegetables and cereals are dearer by 50 per cent. Medicines are also hard to come by.

Restrictions on cash withdrawals from banks and ATMs have further accentuated their problems. Not more than 20,000 Afghanis ($200) can be withdrawn from banks per week, the Taliban government has dictated. The value of the Afghan currency has also fallen.

“The issue of survival is now at the forefront, and the threat of misery is the primary cause of our despair,” a Kabul resident said, as quoted by TASS.