All stakeholders in Afghanistan should agree on a comprehensive ceasefire, say Pak, China leaders 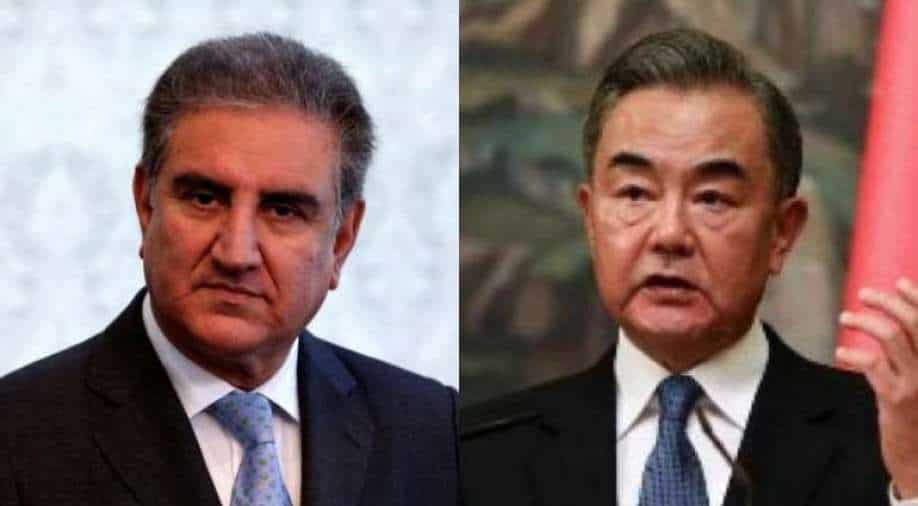 In a joint statement, Pakistan and China leaders on Saturday said that all Afghan stakeholders should agree on a comprehensive ceasefire and look to work together to achieve a broad-based, inclusive and negotiated political settlement in the country. Pakistan Foreign Minister Shah Mahmood Qureshi and his Chinese counterpart Wang Yi made the call after holding the third session of the foreign ministers’ strategic dialogue in Chengdu, China

All Afghan stakeholders should agree on a comprehensive ceasefire and look to work together to achieve a broad-based, inclusive and negotiated political settlement in the country, said Pakistan and China leaders in a joint statement on Saturday.

The two leaders also reaffirmed their commitment to facilitate and support an “Afghan-led and Afghan-owned” peace and reconciliation process for the early realisation of a peaceful, stable, united and prosperous Afghan­istan, which would firmly combat terrorism and live in harmony with its neighbours, a joint statement issued later said.

Earlier, a spokesperson of US State Department said, the world will not accept the imposition by force of a government in Afghanistan.

After the Taliban insisted it will not agree on ceasefire and peace unless there is an agreement on a new government in Afghanistan, the United States has called on the group “to engage in serious negotiations”.

US State Department’s deputy spokesperson Jalina Porter said, “We call on the Taliban to engage in serious negotiations to determine a political roadmap for Afghanistan's future that leads to a just and durable settlement.”