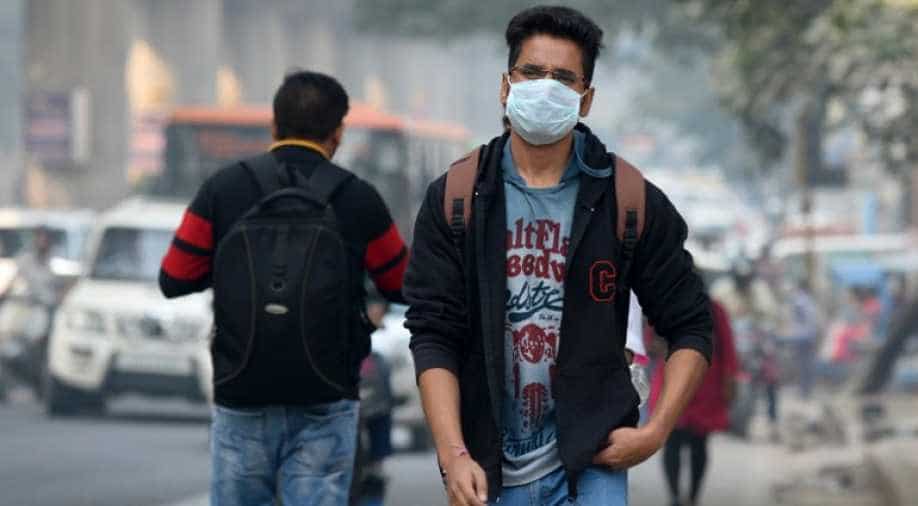 Delhi-NCR had recorded its worst air quality a day after Diwali with AQI at 642 in 'severe plus emergency' category. Photograph:( AFP )

Delhi tops the list of 20 most polluted cities in India, a country where 1.2 million deaths take place every year due to air pollution, according to a Greenpeace India report published today.

It also claimed that none of the 168 cities it assessed complies with air quality standards prescribed by the World Health Organization (WHO).

The report said that only a "few" cities in southern India comply with air quality standards prescribed by the Central Pollution Control Board (CPCB) and pinpointed fossil fuels as one of the "main culprits" for the deteriorating air quality across the country.

"The top 20 most polluted cities have PM 10 levels between 268 µg/m3 and 168 µg/m3 for the year 2015. While Delhi tops the list with 268 µg/m3, it is followed closely by Ghaziabad, Allahabad, and Bareli in Uttar Pradesh; Faridabad in Haryana; Jharia in Jharkhand; Alwar in Rajasthan; Ranchi, Kusunda and Bastacola in Jharkhand; Kanpur in Uttar Pradesh; and Patna in Bihar with PM10 levels ranging from 258 µg/m3to 200 µg/m3," the report titled 'Airpocalypse' said.

The information was obtained through online reports and Right to Information applications from State Pollution Control Boards across India and assessment of air quality was done in 168 cities across 24 states and Union territories.

"This report shows that deadly air pollution is not a problem restricted to Delhi-NCR (National Capital Region) or even to India's metros. It is a national problem that is killing 1.2 million Indians every year and costing the economy an estimated 3 per cent of GDP.

"If the country's development is important, fighting air pollution has to be a priority," the report said.

The assessment of air pollution levels for Delhi highlighted that PM10 concentrations are 268 µg/m3 for year 2015, which were at 4.5 times higher than the NAAQS (National Ambient Air Quality Standards) annual limit set by CPCB and about 13 times the annual limit set by WHO for PM10.

Detailed observation of the data suggests that PM10 levels have been very high throughout 2015 for Delhi with October to February being the severely polluted months when the PM10 concentrations even touched 500 µg/m3.