The Netherlands shuts embassy in Pakistan over threat to Dutch ambassador 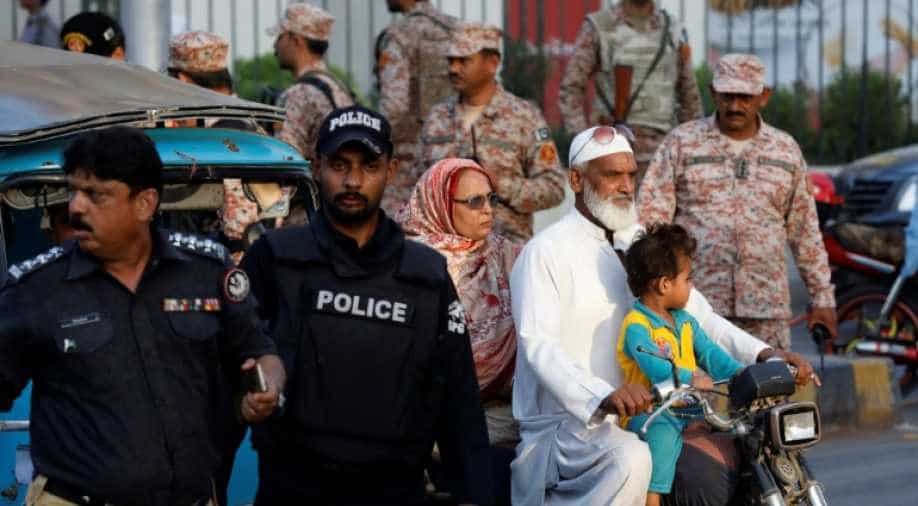 A man with his family rides past police officers and paramilitary soldiers guarding a road during a protest after the Supreme Court overturned the conviction of Bibi. Photograph:( Reuters )

The Netherlands government announced today that it was shutting down its embassy in Pakistan due to security concerns.

Due to circumstances beyond our control, the issuing of visa has been halted temporarily, the government informed in its website.

The embassy won't be issuing any visa applications nor offer consular services, it said.

The letter ordered a security survey of the area around the embassy and sought to reinforce fencing in the diplomatic enclave.

Asia was lodged in jail since 2010 after being convicted by a Pakistan court under blasphemy law but was set free by the country's top court leading to large-scale protests by the Islamists.

Thousands of Islamists protested in Karachi last Thursday after Asia Bibi was released from prison.

Security officials quickly took her to a secret location amid rumours that she had fled the country. Pakistani officials dismissed reports of Asia fleeing the country.

The Italian government had said last week that Asia should leave her country because her life was in danger.

"I want women and children whose lives are at risk to be able to have a secure future, in our country or in other Western countries, so I will do everything humanly possible to guarantee that (for Bibi)," deputy prime minister Matteo Salvini had said.

"It is not permissible that in 2018 someone can risk losing their life for a hypothesis of blasphemy," Salvini added while asserting that it had nothing against the Pakistan government.

"The enemy is violence, extremism and fanaticism," he said.

(TLP) had called off the protests on November 3rd after striking a deal with the government to put Bibi on 'exit control list' barring her from leaving the country.

"There will be a war if they send Asia out of the country," TLP leader Khadim Hussain Rizvi said after the deal was reached with the government.