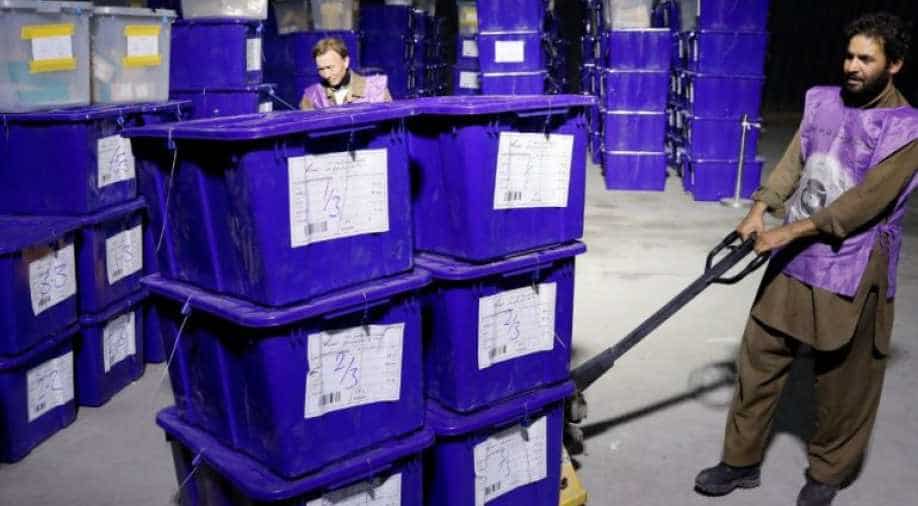 Violent attacks are becoming frequent in many parts of the country, triggering deep security concerns among the public.

Afghans are widely divided on the outcomes of the parliamentary elections that are scheduled for Saturday in the militancy-plagued country amid tight security.

The elections began at 07:00 on Saturday amid the threat of violence.

A spate of domestic problems have seriously hampered Afghanistan's social and economic development for a long time. According to reports from the Afghan state media, over 50 percent of Afghans are living under the poverty line, and the unemployment rate has remained high.

Violent attacks are becoming frequent in many parts of the country, triggering deep security concerns among the public.

However, many people said that they would go to the polls, hoping that the new parliament will bring positive changes to the country.

"Yes, I will vote, because we need good parliamentary members who are well educated. I will try my best to vote for the candidates that I support. We are living in an unsafe country, and the security situation is bad, but we hope to have a good future, so I will vote," said Mohammad Yar, a university student in the capital city of Kabul.

Besides the security challenges, there are also concerns over the transparency of the vote, with some worrying that there will be frauds in the elections as there were before.

Statistics show that nearly half of the Afghans will not be able to vote. Therefore, the result will not be so significant and persuasive.

"There is no good environment like peace in Afghanistan. More than 50 or 40 percent of Afghanistan is under control of the Taliban and other groups. So half of Afghanistan they are not possible to held election. And still there are a lot of sign of corruption in the election," said Ghulam Jelani Zwak, a political analyst.

The Afghanistan Parliament, or the National Assembly, is Afghanistan's national legislature. A total of 2,565 candidates will vie for 249 seats in the lower house, including 417 women candidates, and voters will be able to cast ballots at more than 19,000 polling stations in 33 provinces.