Afghanistan Presidential Election: Result will not be announced on October 19 as planned 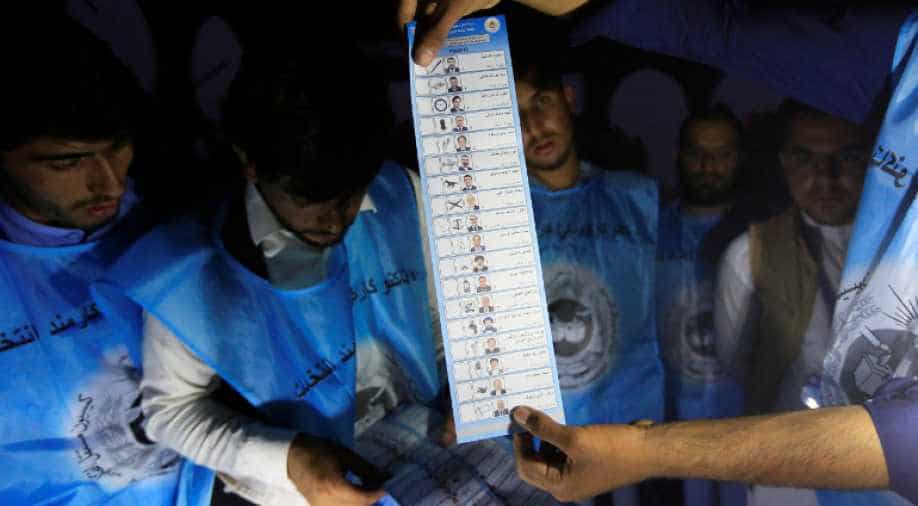 The Afghan Election Commission will not be able to announce the results of last month's presidential election on Saturday as scheduled.

The Afghan Election Commission will not be able to announce the results of last month's presidential election on Saturday, as scheduled, because of delay in processing data from the biometric voter verification system, Election Commission Secretary Habib-ur-Rehman Nang told Sputnik on Friday.

Afghans voted on September 28 to elect the country's president, with around 9.5 million people having registered to cast their ballots. The biometric identification system was used in a bid to avoid fraud.

"We were trying hard to announce the results on the given date, but since there was no audience, no monitors in the first days after the election, the system didn't work for several days, and the contents of the biometric systems were not copied immediately," Nang said.

The Election Commission has not yet set a new deadline for announcing the results, but sources have told Sputnik that the preliminary results will be announced within 10 days.

Election Commissioner Mualana Mohammad Abdullah said at a news conference that work was progressing fast despite "some problems."

"There were some problems in the commission that were left out of schedule, but works are not stagnant, and progress is being made to announce transparent results with no confusion," Abdullah said.

The US Embassy, the United Nations Assistance Mission in Afghanistan, and the European Union representatives in Kabul also insist that the announcement of the results may be delayed for the sake of guaranteeing transparency.

Meanwhile, there is a strong belief both in Afghanistan and within the global community that the election was transparent, and that a crisis similar to that of the 2014 election is unlikely to be repeated.