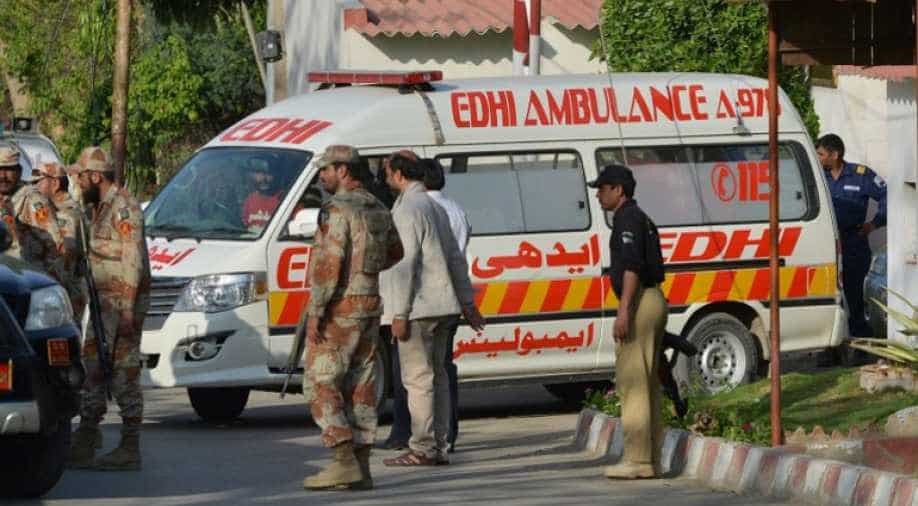 A security guard gunned down a senior Afghan diplomat at the Afghan consulate in Pakistan's southern port city of Karachi on Monday.

The Afghan Ministry of Foreign Affairs (MoFA) said a delegation comprising of Afghan and Pakistani officials will be investigating the incident, ANI reported.

The Ministry of Foreign Affairs Press Release on the Martyrdom of an Afghan Diplomat at Afghanistan's Consulate... https://t.co/V0u9qNr8b1

We were working at our office when we heard gunshots," he said. "Everybody was running in panic."

The guard was immediately taken into custody.

Afghan Ambassador to Pakistan Hazrat Omar Zakhilwal said "firing inside Afghan Consulate General in Karachi has been carried out by an Afghan guard," Afghan media reported.

The motive behind the murder has not been ascertained as of now.

However, Karachi deputy inspector general (DIG) south, Azad Khan said,"It seems the guard had some sort of personal grudge with the diplomat."

"We are collecting evidence and will obtain CCTV footage in order to investigate the incident," Khan added.