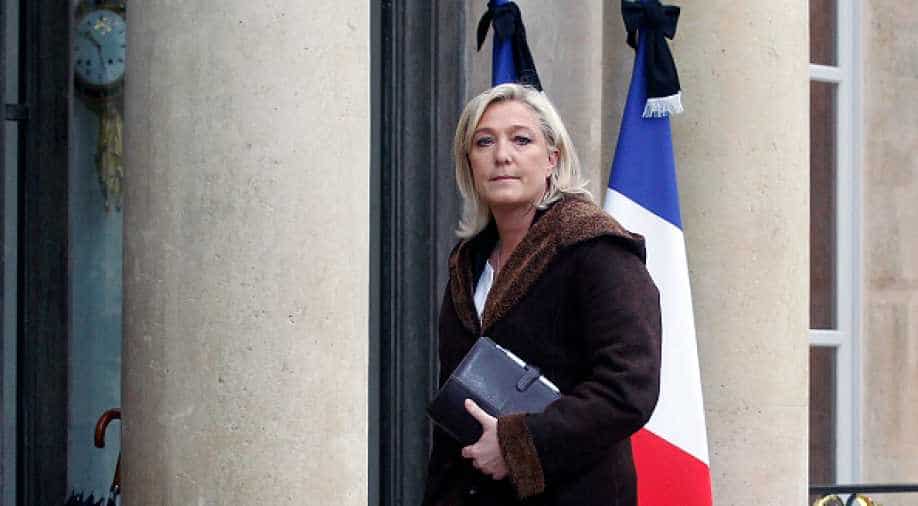 Far-right figurehead Marine Le Pen led criticism of what she termed 'the laxness of migration policy' in France which she said was 'a serious threat to the safety of French people.'

An Afghan asylum seeker who killed a man and stabbed several others in the French city of Lyon sparked a row about immigration on Sunday as new details emerged about his rampage.

The 33-year-old killer stabbed a 19-year-old to death and injured eight others on Saturday afternoon in the Villeurbanne suburb of Lyon before he was cornered by locals and arrested by police.

French investigators are so far treating the stabbings with a knife and meat skewer as a criminal incident, rather than a terror attack, amid reports that the perpetrator was a drug addict.

Far-right figurehead Marine Le Pen led criticism of what she termed "the laxness of migration policy" in France which she said was "a serious threat to the safety of French people."

But the mayor of Villeurbanne, Jean-Paul Bret from the Socialist party, accused her and others on the right and far-right of "exploiting things politically."

"It's the classic reaction from the far-right which tries to turn a dramatic event to its advantage," he told the RTL radio station.

He also reminded Le Pen that offering asylum to people fleeing conflict in places such as Afghanistan was an international duty that France upheld.

The knifeman's rampage at a bus station in the northeast part of Lyon was stopped by a group of passersby and employees of the city transport network who succeeded in cornering him.

Sofiane, a 17-year-old from the area, told AFP on Sunday that the dead man was one of the first to try to reason with the knifeman.

He "stabbed him and then when he fell on the ground, he continued," Sofiane explained.

Mayor Bret paid tribute to the "courage" of local people who had helped avert further bloodshed, as well as to the police.

Prosecutors are set to give a press conference later on Sunday.

France has been the victim of a string of Islamist-inspired terror attacks since 2015 that have cost hundreds of lives.