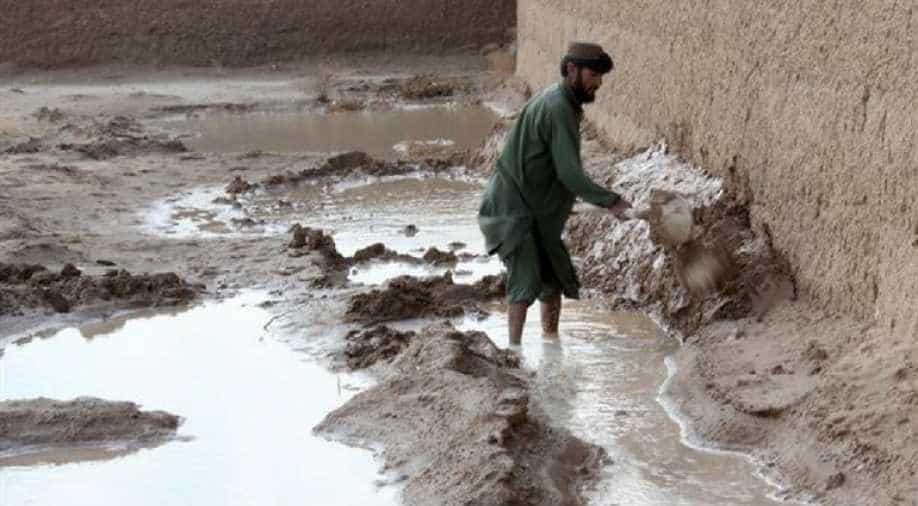 Heavy rains and flooding have claimed lives of 34 people in Afghanistan, reports said on Tuesday.

The flash floods which are caused by heavy rains continuing from a week also caused serious damage to property as well.

Mainly North and center provinces of Afghanistan are affected the most.

According to a report by the news agency, Reuters 900 houses and agricultural lands were damaged. Hundreds of cattle were also killed.

The mountainous area is often a victim of natural disasters.

Earlier this month parts of Afghanistan provinces were facing a serious threat of severe drought affecting lives of almost one million people living in the area.

A statement released by United Nations International Children's Emergency Fund in April read, "the extremely dry winter has affected 22 provinces across Afghanistan and now threatens to negatively impact the lives of one million people, with an additional two million who could feel its effects over the coming months".

Hashmat Khan Bahaduri, spokesman for the Afghanistan Natural Disaster Management Authority said that the rugged mountainous terrain and the lack of roads mean it is often difficult to evaluate relief needs but "ANDMA had sufficient resources to deal with the problem for now," Reuters reported.

Also read: One million lives at stake as Afghanistan is hit by drought