Afghanistan elections: In the shadow of terror 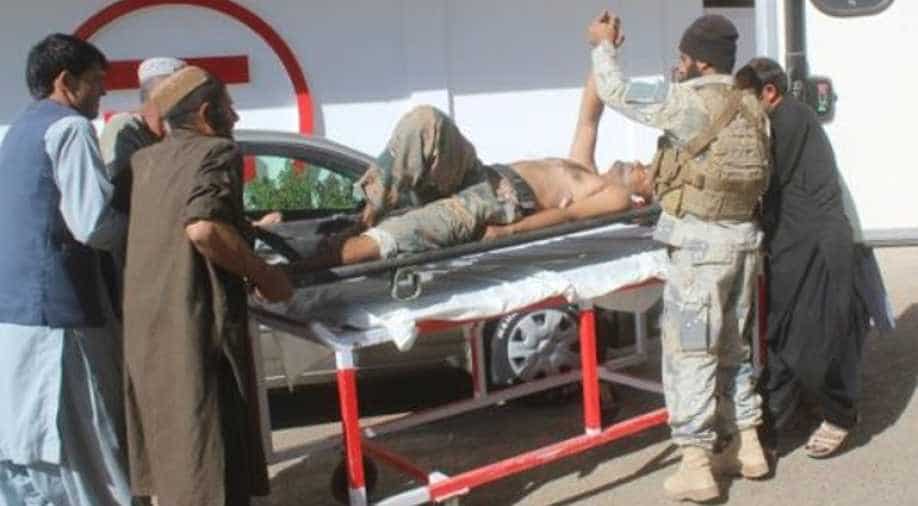 In their fight against the Western-backed government, the outfit has been perpetrating attacks in the country to stop the authorities and the civilians from participating in the election process.

The deadly violence in Afghanistan has escalated in the country ahead of the October 20 parliamentary elections.

Qahraman's death has taken the number of candidates' killing in Afghanistan to 10.

Most of the 10 candidates who have died in the lead-up to the election were murdered in targeted killings.

Qahraman was the second candidate killed in Lashkar Gah this month after Saleh Mohammad Asikzaiwho was killed in a suicide attack last week.

The Taliban which has been perpetrating the attacks had earlier warned candidates to withdraw their names from the parliamentary elections.

It has also issued a fresh warning calling on "educational workers" to stop schools being turned into polling centres and prevent teachers and students from participating as workers.

The Taliban which ruled from 1996 to 2001 demand the boycott of the elections to overthrow the Western-backed government and restore their Islamist regime.

In their fight against the government, the outfit has been perpetrating attacks in the country to stop the authorities and the civilians from participating in the election process.

About hundreds of people have been killed or wounded in the attacks across the country ahead of the elections in Afghanistan.

20 Afghanistan soldiers were killed while 11 others were injured in an attack on two military check posts in the western Farah province bordering Iran on Sunday.

22 people were killed last week in an explosion at an election rally for a woman candidate in the northeastern province of Takhar.

In the wake of the escalating violence, preparations for the election also remains in shambles. The authorities are still struggling to distribute voting materials to more than 5000 polling centres.

The election for parliament's lower house is seen as a dry run for the presidential vote scheduled for April.

Almost nine million people have registered to vote, but observers expect far fewer to turn out due to the threat of militant attacks and expectations of widespread fraud.

More than 50,000 members of Afghanistan's already overstretched security forces are being deployed to protect polling centres on election day.

About dozens of Afghan police officers were killed in two attacks claimed by Taliban on October 16 in the northern province of Samangan and in the Central province of Daikundi.