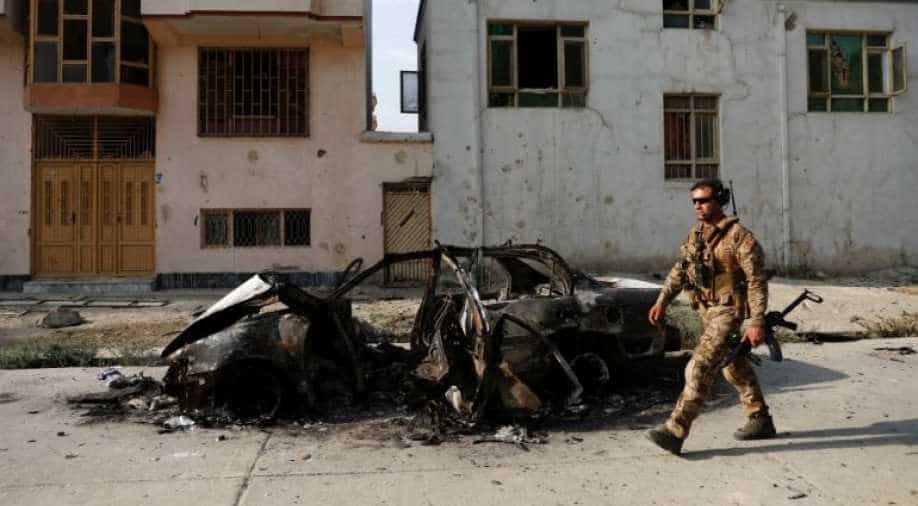 The attack took place on a road near the private Ghalib University and Shahid Square, a four-way intersection.

The death toll in Afghanistan's capital Kabul suicide bombing and gut battle have gone up to 20. Around 50 people injured in the attack.

The attack took place on a road near the private Ghalib University and Shahid Square, a four-way intersection.

Later the gunmen had entered the university building and were targeting the main political office of the vice presidential candidate, Amrullah Saleh.

Saleh was wounded by shrapnel before being safely evacuated from the office of his Afghan Green Trend Party.

No militant group has claimed responsibility for the attack yet.

Presidential polls are expected to be held on Sept. 28 but the security situation has been deteriorating across the country with the Taliban and Islamic State fighters mounting near-daily attack on Afghan forces, government employees and civilians.