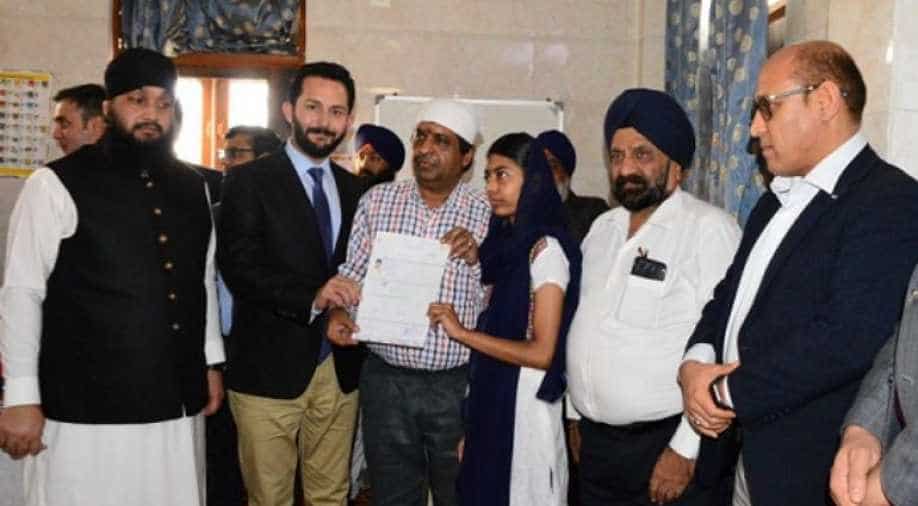 Some 3500 Afghan and Afghan origin Hindus and Sikhs benefitted from the Afghan government's initiative. Photograph:( WION )

In the past, only month-long, single entry permits were granted to the Afghan Origin Hindus and Sikhs.

No visa is required for Afghanistan origin Hindu and Sikh Indian citizens residing in India to travel to Afghanistan as Afghanistan government has granted long term permits and National identification card to them even if they have taken an Indian passport.

"Under this scheme, the Afghan Hindu and Sikh citizens can travel to Afghanistan on special travel documents. I also extended the embassy’s full support to the Afghans living in India in this regard", Tahir Qadiry, Chief of the mission, Afghan Embassy, Delhi.

"This is part of the Afghan government’s plan to acknowledge special status of Afghan Hindus & Sikhs," he further said.

The process to grant permits started on November 19 at Khalsa Diwan Gurdwara, Tilak Nagar and ended on December 13. Some 3500 Afghan and Afghan origin Hindus and Sikhs benefitted from the Afghan government's initiative.

The process of granting the special permit and national identity card or Tazkera was done by an ad-hoc team of Afghan National statistics and information authority under a special decree by Afghanistan President Ashraf Ghani.