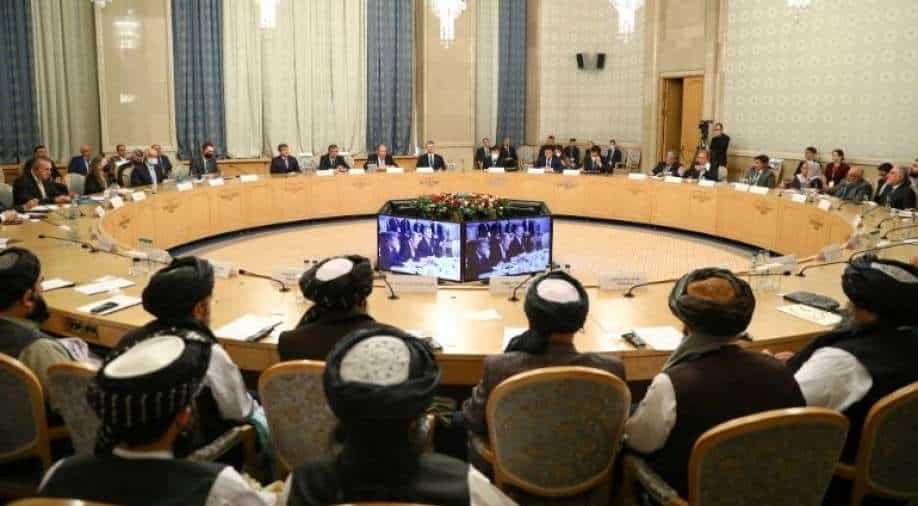 The United States, Russia, China and Pakistan called on Afghanistan's warring sides to reach an immediate ceasefire at the conference, held in Russia just six weeks before a deadline agreed last year to withdraw US troops

The Afghan government and the Taliban agreed on Friday to try to accelerate peace talks, at a meeting in Moscow that followed an international conference there on the peace process, Afghanistan's top peace official and a Taliban spokesman said.

The United States, Russia, China and Pakistan called on Afghanistan's warring sides to reach an immediate ceasefire at the conference, held in Russia just six weeks before a deadline agreed last year to withdraw US troops.

"We expressed our readiness to accelerate the (peace) process," Abdullah Abdullah, chairman of Afghanistan's High Council for National Reconciliation, told Russia's RIA news agency. "They (the Taliban) did as well."

Moscow hosted the international conference on Afghanistan on Thursday, at which the nations involved issued a joint statement calling on the Afghan sides to reach a peace deal and curb violence, and on the Taliban not to launch any offensives in the spring. They also said they "did not support the restoration of the Islamic Emirate."

Taliban political spokesman Mohammad Naeem, speaking to media in Moscow, took issue with the statement, saying it was up to the Afghan sides to decide their system of governance and it should be an Islamic system.

"What is stated in the declaration is against all principles and is not acceptable," he said.

A member of the Taliban's political office Suhail Shaheen reiterated Abdullah's remarks that negotiations should be sped up and warned Washington against keeping troops in the country beyond the agreed withdrawal date.

"After that, it will be a violation of the agreement. That violation will not be from our side, but it will be from their side. So, in that case, if there is action, of course, there will be reaction," he said.

The Moscow conference aimed to shake up largely stalled negotiations that have been taking place between the Afghan government and the Taliban in Qatar's capital Doha.

The Moscow conference was the first time the United States had sent a senior representative to talks on Afghanistan under a format launched by Russia in 2017. Washington agreed last year with the Taliban to withdraw its troops by May 1 after nearly two decades, but President Joe Biden's administration is reviewing its plans for Afghanistan and says all options remain on the table.