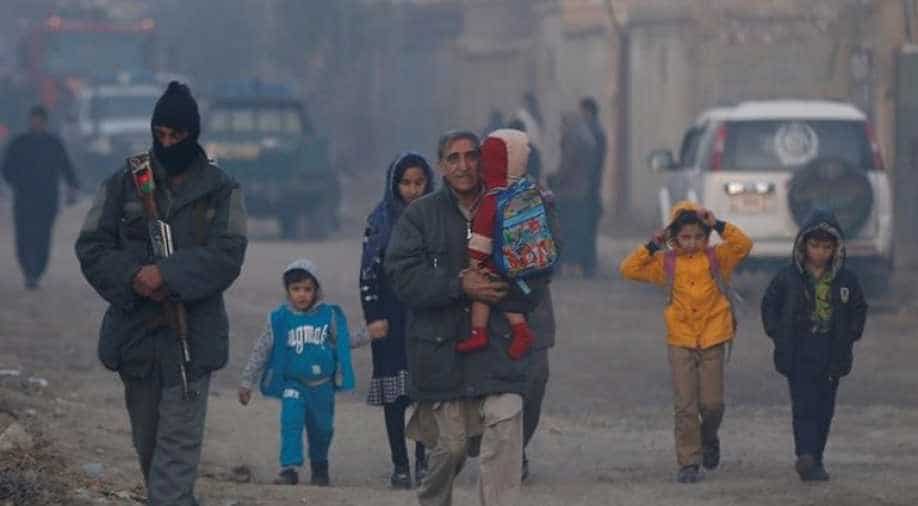 Afghan families fled fighting between the Taliban and government forces near the northern city of Kunduz. (Representative image) Photograph:( Reuters )

Hundreds of Afghan families have fled fighting between the Taliban and government forces near the northern city of Kunduz as the insurgents captured a strategic district soon after launching their annual spring offensive.

The militants began their assault on the Qala-e-Zal district in Kunduz province on Saturday and captured most of it including the district centre.

The attack triggered intense fighting with government forces that sent civilians fleeing toward the provincial capital of Kunduz.

The Norwegian Refugee Council, which has offices in Kunduz, said in a statement that some families were forced to sleep in the open while others moved into the homes of relatives.

"Around 2.30 am Taliban fighters came to our houses and asked us to evacuate. They told us not to make any sound. We were all afraid," said Abdul Karim, 31 who fled Qala-e Zal with his family to Kunduz city, according to the statement.

"Taliban fighters were shooting from one side of our house and the Afghan National Security Forces from the other side. A rocket landed in my garden. My wife told me that if I didn't flee, she would leave the house alone with our two daughters," said another resident, 29-year-old  Rahman Gerdi.

Mahfuzullah Akbari, a government spokesman, said Afghan forces retreated from the district to avoid civilian casualties while a Taliban spokesman said in a statement they had forced them out.

"We have launched an operation to retake the district," Akbari told AFP.

On April 28 the Taliban launched their "spring offensive", heralding a surge in fighting as the US tries to craft a new Afghan strategy and NATO considers sending more troops to break the stalemate against the resurgent militants.

The annual spring offensive normally marks the start of the fighting season, though this winter the Taliban continued to battle government forces. An attack on a military base in the neighbouring city of Mazar-i-Sharif left at least 135 soldiers dead earlier last month.

The militants also claimed to have captured Sangin district in the volatile southern province of Helmand in March, underscoring their growing strength.

The Taliban briefly seized Kunduz city in September 2015 in their biggest victory since they were toppled from national power by a US-led invasion in 2001. They were able briefly to re-enter the city centre in October 2016 before once again being pushed back.