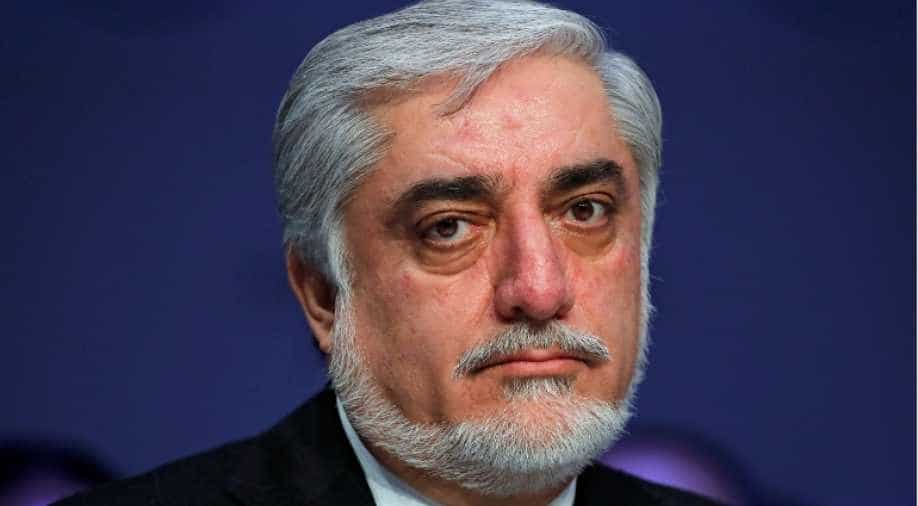 'The recounting should be stopped. We are trying to save the process from fraudsters,' Abdullah said at a rally of his supporters in Kabul.

Afghanistan's Chief Executive Abdullah Abdullah called Sunday for a halt to a recount of the recent presidential election, saying he would not accept "fraud-marked" results.

The move adds a fresh layer of uncertainty following the September 28 poll, which already has been marred by the record-low turnout and continued bickering between Abdullah and his rival, President Ashraf Ghani.

"The recounting should be stopped. We are trying to save the process from fraudsters," Abdullah said at a rally of his supporters in Kabul.

"A fraud-marred election will not be accepted. The result should be based on the clean votes of our people," he added.

Abdullah, who unsuccessfully ran in the previous two presidential elections and is fighting for his political future, has repeatedly raised questions about the validity of hundreds of thousands of votes.

The election was meant to be the cleanest yet in Afghanistan's young democracy, with a German firm supplying biometric machines that were supposed to stop people from voting more than once.

But nearly a million of the initial votes were purged owing to irregularities, meaning the election saw by far the lowest turnout of any Afghan poll, with only about 1.8 million votes from a total of 9.6 million registered voters in a population of around 37 million people.

Abdullah has said problems remain with about 300,000 of these high-tech votes, claiming various issues including that photos attached to some ballots had been taken from fake identity cards, and not actual voters.

He said his observers would be boycotting the recount, a move that will only fuel further claims of problems with the electoral process.

The ongoing uncertainty raises the possibility Afghanistan is headed for a repeat of the crisis that followed the last presidential election in 2014.

Then, Ghani and Abdullah fought a close and angry race that sparked widespread allegations of fraud and saw the US step into broker an awkward power-sharing agreement between the rivals under a unity government.

Initial results from the September poll were supposed to be released on October 19, but the announcement has already been delayed twice -- with election officials citing various technical problems.

A new date has been set for Thursday, but officials have hinted the announcement may be pushed back yet again.

Abdullah, who has previously said he believes he secured the most votes, last week told AFP he would "absolutely" respect the result of recent polls -- if the process is fair and transparent.