Afghan boy, who lost a leg to landmine blast, dances with joy after getting a prosthetic leg 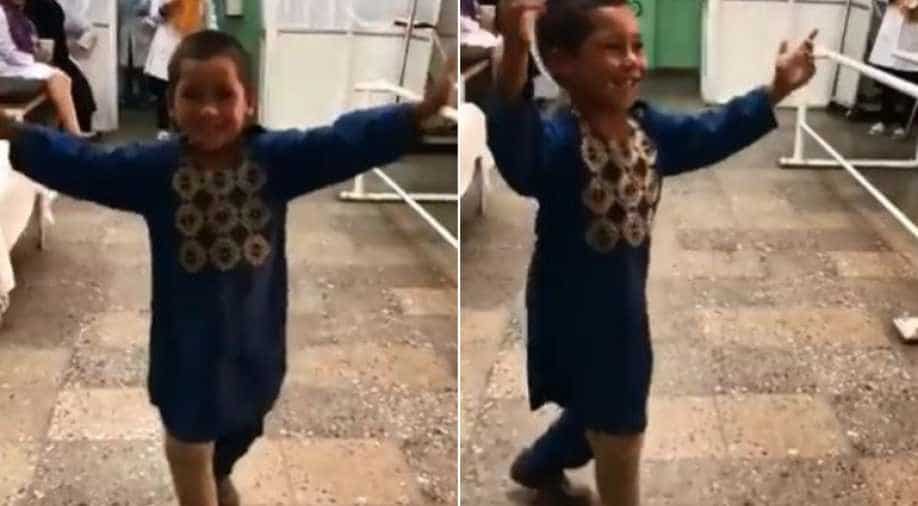 Sayed Ahmad Rahman got back on his feet after last year’s injury in an explosive attack. Photograph:( Twitter )

The video shows Ahmed who appears to be seven or eight years old, received an artificial limb at the orthopaedic centre of International Committee of the Red Cross.

A video featuring an Afghani boy has been making rounds on Twitter and other social media platforms since Monday.

The video shows Ahmed, who appears to be seven or eight years old, celebrating after receiving an artificial limb at the orthopaedic centre of International Committee of the Red Cross in Afghanistan. He lost his limb in a mine blast last year.

The heart-warming video captures the moment when Ahmed got back on his feet after last year’s injury in an explosive attack. The video shows the onlookers and patients gathered at the hospital cheering and greeting the boy as he dances in delight on the local music.

Ahmad received artificial limb in @ICRC_af Orthopedic center, he shows his emotion with dance after getting limbs. He come from Logar and lost his leg in a landmine. This is how his life changed and made him smile. pic.twitter.com/Sg7jJbUD2V

The social media users poured in their support to the small boy's inspiring story and celebratory dancing moment in the video as a symbol of Afghanistan’s resistance to war and optimism to the future and the boy as a living inspiration for millions of Afghanis.

Despite the presence of several international agencies in the region, schools have been targeted in the past by anti-government suicide bombings of Taliban since the Afghan war began after US forces led a campaign to overthrow the Taliban in the wake of 2001's 9/11 attacks.

A United Nation’s report suggests that if the United States of America had the similar share of its citizen killed in conflicts such as Afghanistan in 2018 alone, it will lead to death of almost 34,000 US citizens, which counts more than 10 times the number of people killed in the past attack of 9/11 on twin tower.

The maximum numbers of death in Afghanistan were caused due to anti-government suicide bombings that included the intentionally targeted non-combatants. The 674 civilian casualties have been attributed to international forces were almost all a result of aerial bombings.

Nevertheless, this video also raises the concern of moribund action on 3,804 civilian deaths last year, including 927 children, which is also the highest recorded number of casualties in the country's long-running war.

The international forces have been venturing in the Afghan land for more than a decade now and have been air attacking with missiles, mortars and rockets in several civilian areas as well destructing the city and schools suspected as Taliban terrorist’s hideout location.