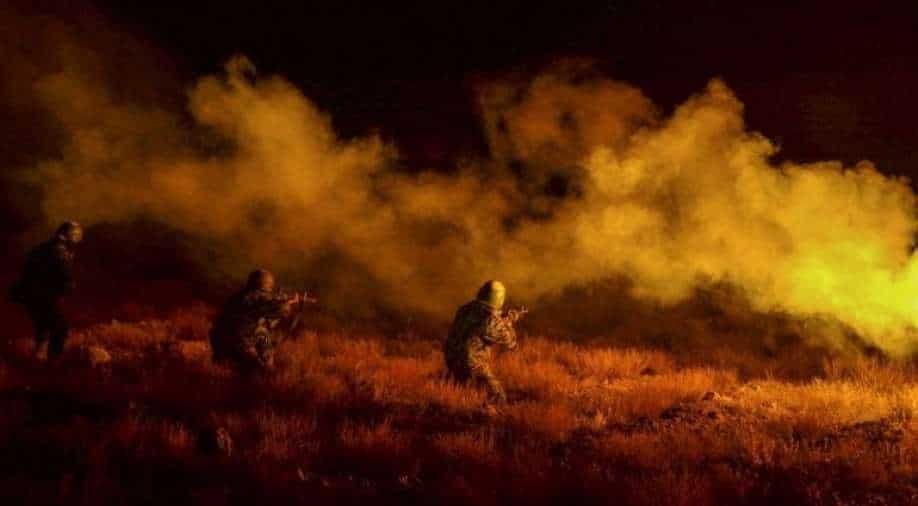 A file photo of Afghan National Army (ANA) soldiers taking part in a military exercise at a base in Guzara, Herat province. Photograph:( AFP )

The rescue operation by ANA was carried on Wednesday night, reported Xinhua.

The freed people received medical treatment after they were shifted to an army camp, according to the official.

The Taliban is yet to comment on the ANA rescue operations. More details are awaited.

The operation conducted by the ANDSF with the help of the air force aimed to clear the Babur area from the Taliban insurgents. The local Babur school, closed for a long period of time due to security reasons, has now reopened to students.

The Taliban controls around two-thirds of Afghan territory, including all districts around the capital. Despite the claims of general support in the controlled lands, the Taliban continue to oppose all attempts at holding democratic elections in the country.

The peace efforts also appeared to be undermined by the Joe Biden administration's ongoing revision of the Taliban-US deal, signed by Donald Trump administration in February 2020.