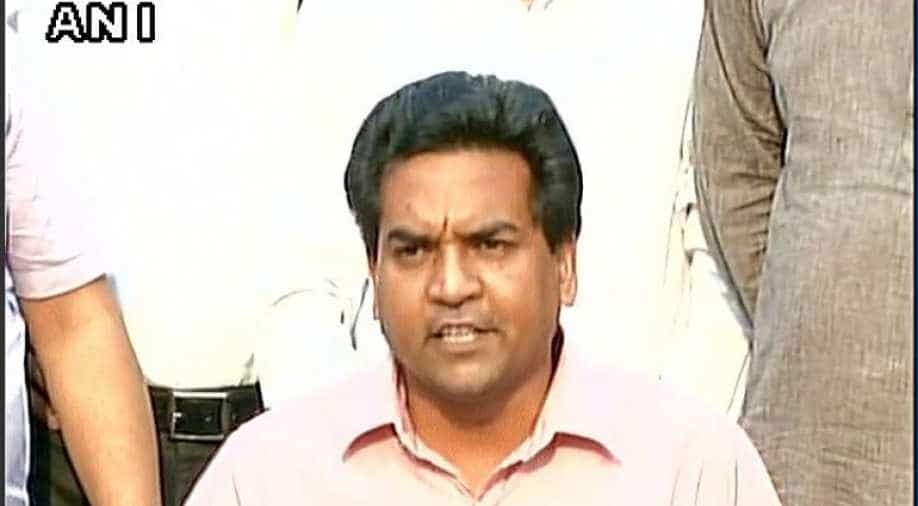 Earlier in the day, Mishra had said he will never leave the Aam Aadmi Party (AAP) and had dared the party to sack him.

At a press conference in New Delhi, Mishra also said he will never join the BJP, adding that he has been the most vocal critic of BJP and PM Modi in the party.

Saying I am colluding with BJP is baseless. Everyone knows I have been the most vocal critic of BJP and Modi ji in AAP: Kapil Mishra

The minister said that he will approach the Central Bureau of Investigation (CBI) and lodge an FIR tomorrow.

Mishra also alleged that his number is being shared on social media platforms and that he was getting death threats from people close to Kejriwal.

"On Twitter and Facebook my number is being shared, I am getting death threats from those who are close to Kejrwal," he said.

Mishra on Sunday accused Delhi chief minister Arvind Kejriwal of corruption and claimed that he took a bribe of Rs 2 crore from health minister Satyendra Jain.

His surprise sacking came days after he sided with senior party leader Kumar Vishwas who has been at loggerheads with the party leadership.

Mishra said he may have been axed for saying he would submit the names of those people involved in the tanker scam to the Anti-Corruption Bureau (ACB).