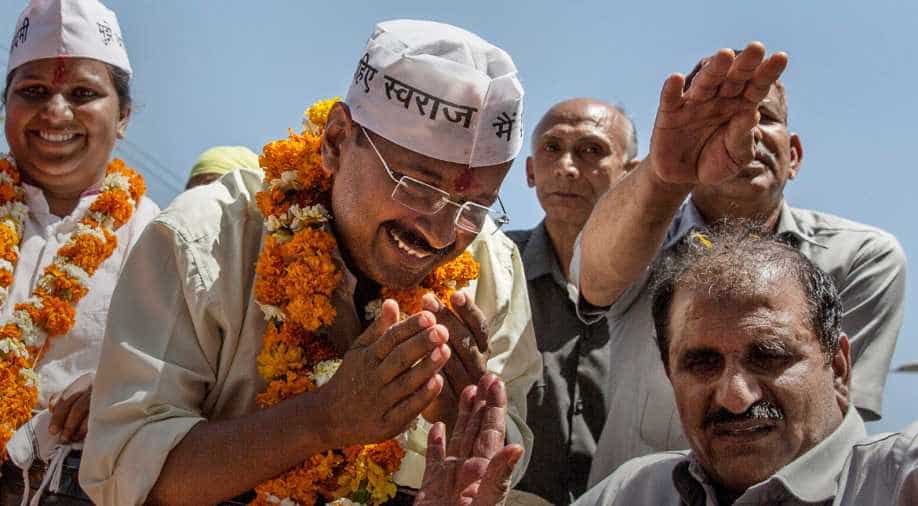 The Aam Aadmi Party (AAP) Friday announced a populist manifesto for the upcoming Punjab assembly elections, also claiming that it would appoint a Dalit as the deputy chief minister if it came to power.

The welfare of Dalits, BPL families, employees, farmers and women would be on top of the agenda if the AAP forms a government.

The manifesto lists out a whole host of freebies. It has promised laptops for all government school students, waiver on residential property tax, setting up of an NRI board, etc.

It also promises to provide 33 per cent reservations for women in government jobs.

Singh, who is national general secretary of AAP, said all promises made by them in the previous six manifestos released for different categories "are an agreement with the people of Punjab and AAP will fulfil each promise", PTI reported.

The party has also promised to declare Amritsar and Anandpur Sahib as holy cities.

The party said in its manifesto that it will open up Aam Aadmi canteens at district and sub-division levels in the state where a one-time meal will cost just 5 rupees.

It also announced that power tariff will be reduced to half for usage up to 400 units.

The party also came down hard on the alleged mafia in transport, liquor and sand mining and promised that these sectors will be opened up for general public.

"The passenger buses would be run by public transport and permits will be given to the unemployed youth. Similarly, the monopoly in liquor and sand mining would be broken and contracts would be given to youth," AAP said. The party said that the move will help in creating jobs for the youth in the state.