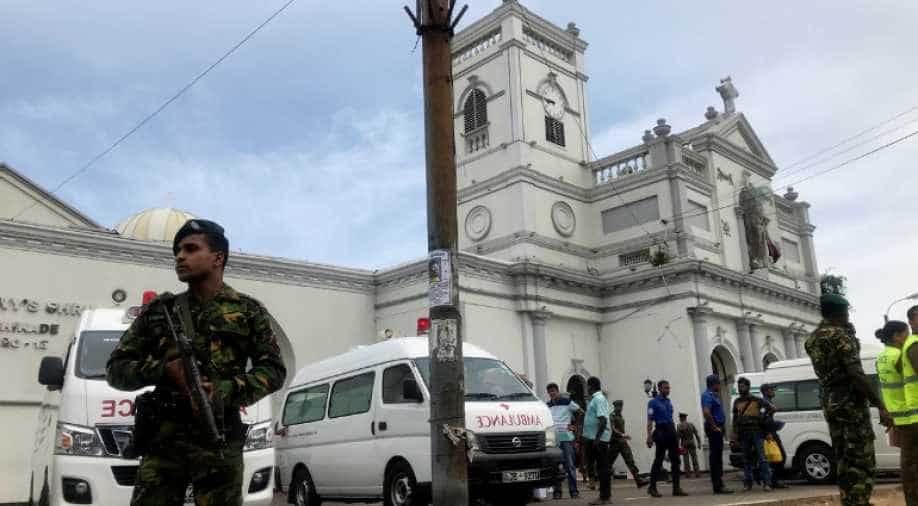 In a statement police found the detonators at the Bastian Mawatha Private bus stand, 12 of them scattered on the ground and another 75 in a garbage dump nearby, AFP reported.

Eighty-seven detonators were found at Sri Lanka's Colombo bus station on Monday, a day after the series of blasts ripped through the island-nation killing as many as 290 people. Over 500 people were also injured.

In a statement police found the detonators at the Bastian Mawatha Private bus stand, 12 of them scattered on the ground and another 75 in a garbage dump nearby, AFP reported.

Earlier in the day, twenty-four people were arrested by Sri Lanka police in connection with eight devastating bomb blasts on churches and hotels.

People from at least eight countries were killed in the series of attacks, including five citizens of Britain, five Indian nationals, three Danes, two each from China and Turkey and one each from Netherlands and Portugal.

The development came soon after the Sri Lankan authorities lifted a curfew in the country on Monday and another night-time curfew was imposed.

According to reports, a memo that warned of a potential attack was circulated a day before the deadly explosions in Sri Lanka.

As many as 290 people were killed and about 500 wounded by a string of bombings that tore through churches and luxury hotels on Easter Sunday in Sri Lanka. The attacks are been billed as the worst-ever in the history of the island nation after the civil war that ended almost a decade ago.