3 killed in bomb attack on senior police official in Pakistan 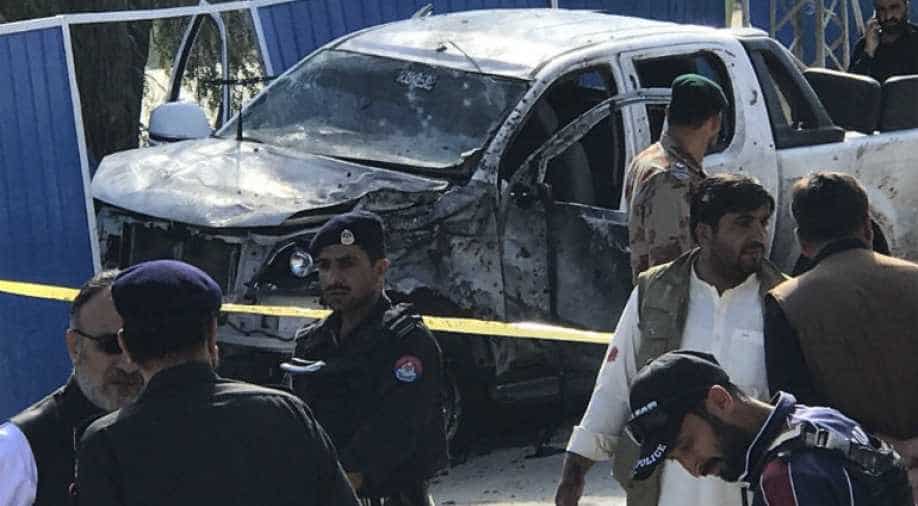 At least three policemen were killed and another three were wounded Thursday after a bomb targeting a senior police official's vehicle was detonated in the western city of Quetta.

The attack, which occurred around 10 am local time, has been claimed by the country's main Taliban group.

"It was a terrorist attack and the target was the senior Superintendent of Police Motor Transport and also DIG Telecommunications Hamid Shakeel while he was traveling from his house to the office," Quetta police spokesperson Mohamed Akbar told EFE.

"He died along with his driver and other policeman," Akbar said.

The spokesperson said investigators did not yet know what kind of bomb was used in the attack, nor whether the bomb had been placed beforehand or it was the work of a suicide attacker.

The three policemen who were wounded have been taken to hospital.

Pakistan's main Taliban group, Tehrik-e-Taliban Pakistan, claimed responsibility for the incident in a statement sent to the media.

"We accept responsibility of the attack on DIG Hamid Shakil," said TTP spokesperson Mohamed Khurasani in the statement.

Quetta, capital of Baluchistan province, is among the most conflict-ridden areas in Pakistan, with armed separatists, Taliban factions and terrorist groups operating in the region.

Pakistan launched a military offensive in the northwestern tribal areas of the country in June 2014 in which 3,500 alleged terrorists have died, according to unverified army data.

In Feb. 2017, the army started another counter-terrorist operation following a string of attacks, and in mid-July launched an offensive against the Islamic State terror organization in areas bordering Afghanistan.