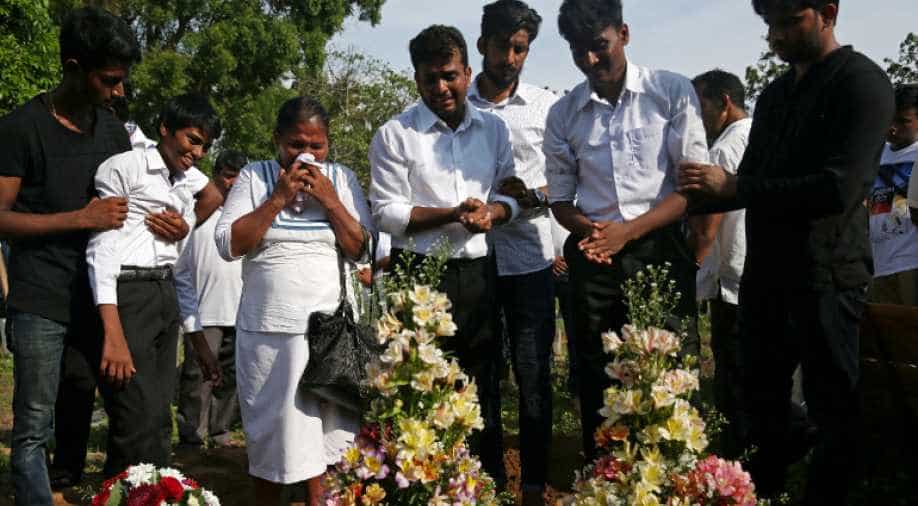 Chief Inspector of Police Arjuna Maheenkanda made this revelation while testifying at the Presidential Commission on Tuesday (July 21).

A witness in 2019 Sri Lanka suicide bombing has said that Pulasthini Rajendran alias Sarah, the wife of Atchchi Muhammadu Muhammadu Hastun, who detonated the suicide bomb at St. Sebastian’s Church in Katuwapitiya, Negombo, had fled to India by sea in September of 2019.

Chief Inspector of Police Arjuna Maheenkanda made this revelation while testifying at the Presidential Commission on Tuesday (July 21).

On April 21, 2019, nine suicide bombers belonging to the local Islamist extremist group National Thawheed Jamaat (NTJ) linked to ISIS carried out a series of blasts that tore through three churches and as many luxury hotels in Sri Lanka, killing 258 people, including 11 Indians, and injuring over 500 on the Easter Sunday.

Sri Lankan police have arrested over 200 suspects in connection with the bombings.

Maheenkanda told the PCoI that on July 6, 2020, he received a tip-off from an informant that Sarah, who was in the NTJ hideout in the immediate aftermath of the attacks, had escaped and was hiding in Mankadu in the eastern town of Batticaloa, the report said on Tuesday.

"When we were in Batticaloa, we met another person who had seen a woman, whom he believed was Sarah. This informant said he had seen a cab parked along Batticaloa-Kalmunai main road, near Beach Road, Mankadu area around 3 AM in September 2019.

"He felt suspicious and slowed down. Then he saw Sarah and two other men walking towards the main road. There was a street light there and that's how the informant saw them. This informant had lived near Sarah's house for a long time. He also saw that she got into the back seat of the cab parked near the road," the report quoted Maheenkenda as having told the PCoI.

The officer said that there was information that Sarah had fled to India by boat from the Mannar area. Two persons, Sarah's brother and husband of her aunt, had helped her escape, the report said.
"One of the suspects is currently in custody. The other person has gone abroad. Investigations have also revealed that a person in the Mannar area helped her flee," the officer said.

The blasts targeted St Anthony's Church in Colombo, St Sebastian's Church in the western coastal town of Negombo, and a church in the eastern town of Batticaloa when the Easter Sunday mass was in progress.

Three explosions were reported from three five-star hotels - the Shangri-La, the Cinnamon Grand, and the Kingsbury in Colombo.