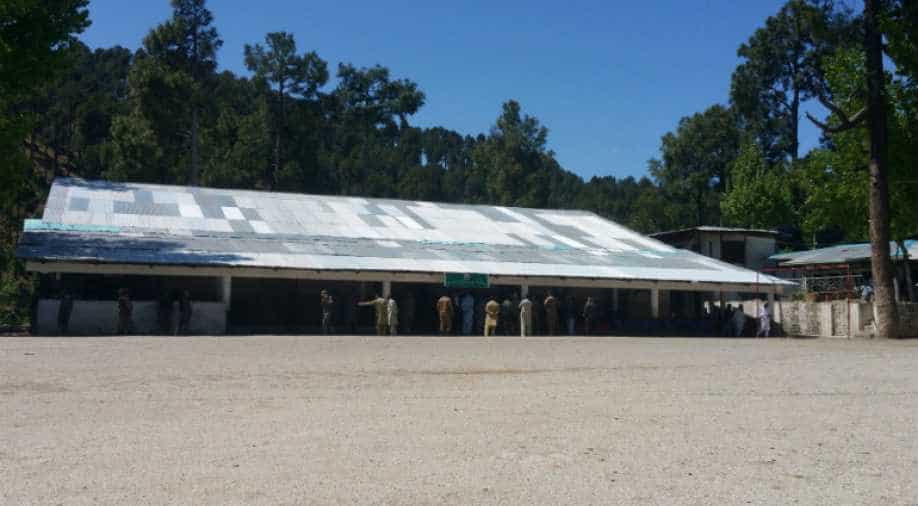 The madrassa in Balakot visited by the group of journalists. Photograph:( Reuters )

''To prevent news on the fatalities leaking through statements of family members of cadres, a group of JeM members also visited the families of those killed and handed over cash compensation,'' the report said.

Despite Pakistan’s best efforts to cover up the fatalities following Indian airstrikes on the Jaish-e-Mohammed (JeM) camp on February 26, fresh details have emerged which indicate that the impact of the strike immediately killed a large number of JeM terrorists.

According to Francesca Marino, an award-winning Italian journalist, the number of those estimated to have died due to the strikes ranged from 130-170, including those who have died during treatment.

''To prevent news on the fatalities leaking through statements of family members of cadres, a group of JeM members also visited the families of those killed and handed over cash compensation,'' the report added.

Indian Air Force (IAF) carried out the airstrikes at around 3.30am on February 26.

The Pakistan Army unit, from their camp in Shinkiari, arrived at the location of the strike on the same day around 6 am, two and a half hours after the Indian Army carried out the strikes, according to the report.

Immediately after the Army unit arrival, the injured were taken to a Harkat-ul-Mujahideen camp, located in Shinkiari and treated by Pakistan Army doctors.

Marino's report quoting local sources said that around 45 persons were still undergoing treatment at the aforementioned camp while around 20 succumbed to injuries during treatment.

Those who recovered are still in custody of the Army and have not been discharged, Italian journalist's report said.

Adjacent to the Blue Pine Hotel, located on the foothill from where one starts the trek for the JeM camp, is a freshly painted signboard that indicates the presence of the Taleem-ul-Quran on the hilltop. Unlike the earlier board, all links to JeM leader and now internationally proscribed terrorist Masood Azhar has been removed, according to the report.

According to Marino's report, the camp area was still under the control of the Army, with a Captain rank officer of the Mujahid battalion in command. The access to the dust track leading to the camp is still restricted, even to the local police, the report added.

More than 700 civilians killed by Myanmar junta since coup