1 killed, 4 injured as violence breaks out again in Saharanpur 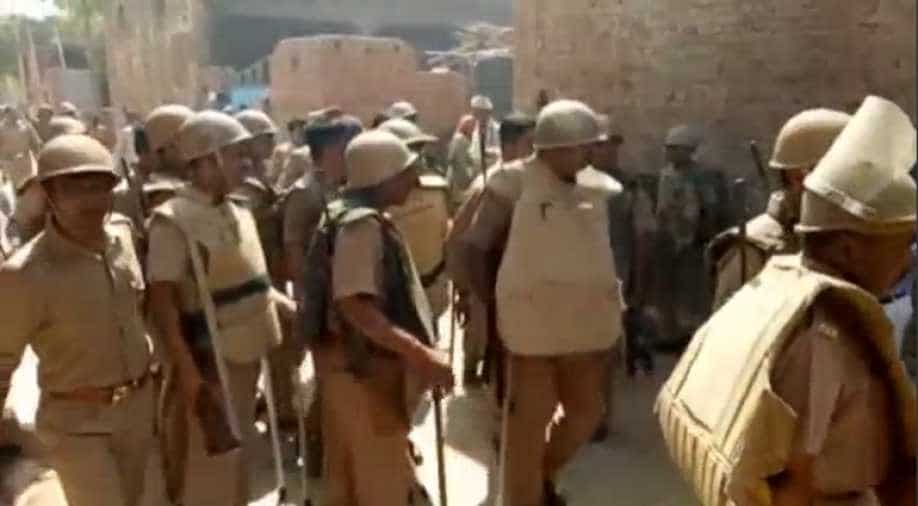 One person was killed and four others were injured as fresh violence erupted today in Saharanpur which has been witnessing inter-caste clashes since April.

Some unidentified persons set fire to at least 12 houses of Thakurs in Shabbirpur village ahead of the arrival of BSP chief Mayawati there, SP (City) Prabal Pratap said.

After Mayawati wrapped up her visit to the village, a sword-wielding mob attacked a Bolero of some BSP supporters, who had come from Sarsawa to attend her event.

Police sources said the attackers allegedly fired their guns and wielded batons, killing Ashish (24), who hailed fom Sarsawa town, on the spot and injuring four others.

The injured have been admitted to the district hospital.

As word of the incident spread, Dalits in the city allegedly indulged in rioting and stone pelting at some places, forcing closure of markets.

Mayawati during her visit to the village held the BJP-led UP government responsible for the violence and alleged that the ruling party had failed to stop its own brigade from attacking weaker sections.

Uttar Pradesh Chief Minister Yogi Adityanath termed the incident as sad and unfortunate and offered his condolences to the family of the deceased.

He said the culprits would be identified and strict action taken against them. He also appealed for peace and restraint and asked the opposition parties to cooperate in restoration of peace.

Saharanpur has been in the grip of caste violence since April.

On May 5, a Dalit group had objected to a procession of Thakurs in Shabbirpur to mark the birth anniversary of Rajput king Maharana Pratap, triggering violence, in which one person was killed and over 15 were injured.

Dalits say upper caste Thakurs had earlier prevented them from installing a statue of BR Ambedkar on the premises of the Ravidas temple in the village.

Members of the Bheem Army, a Dalit group, had on May 9 torched a bus and set a number of two-wheelers afire after the administration had turned down their request to hold a mahapanchayat in Gandhi Park to demand compensation for those affected in the May 5 inter-caste clashes.

The village is home to around 600 Dalits and over 900 Thakurs.