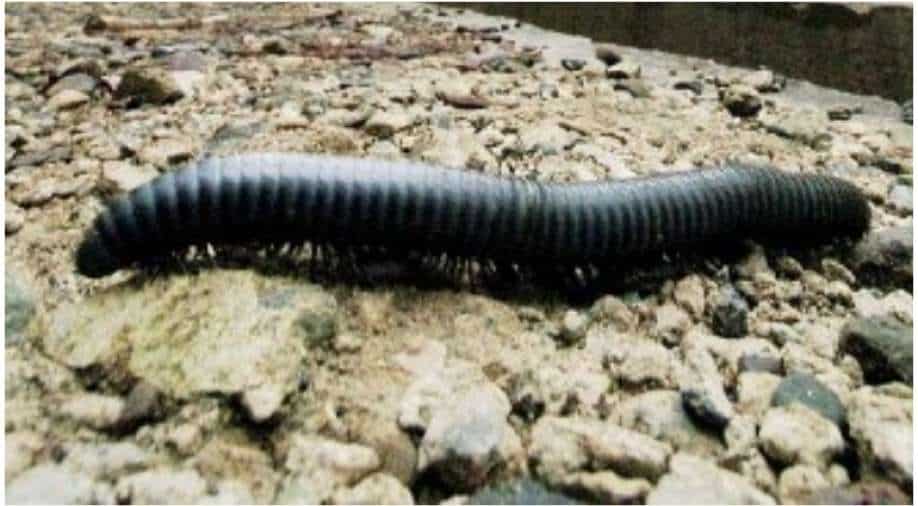 This giant nightmare of a worm crawled the Earth millions of years ago. Having an 8-foot millipede slithering around today would certainly have been scary

Worms are mostly harmless. All they do is quietly go about their business and crawling around. But something about them gives everyone chills. Bravest among us have shrieked like crazy when a worm, however small, has landed on them out of nowhere.

We know that Earth history has crazy things involved. Forget dinosaurs, mother nature seemed to have given life to other monstrosities that may certainly have made modern human life hell.

Falls into this list a worm literally weighing 50 kg! Most modern-day snakes don't weigh as much. But hey, pre-historic world was a crazy place.

A fossil, being called that of the largest millipede ever has been found. Millipedes are the same worms who have probably a thousand small legs to crawl around. This one is a massive thing.

The fossil was found on a beach in Northumberland, UK. This millipede is called Arthropleura. This giant nightmare was more than 8 feet long and weighed about 50 kg. It crawled the Earth 326 million years ago.

The fossil segment was found in 2018 when a sandstone block fell on to a beach in Howick Bay. Dr Neil Davies, from Cambridge's Department of Earth Sciences says that discovery of the fossil was completely a 'fluke'. He has been quoted by BBC.

Researchers believe that the place where the fossil was found was part of a river channel millions of years ago.

It's probably good that the worm is a fossil. Nobody would like an 8-foot monster with spider-like legs crawling around.

Fun Fact: Scientists think that the fossil is not the worm itself but the exoskeleton it shed when it was growing even bigger!