Women undergoing surgery are 32% more likely to die if a man performs the procedure: Study 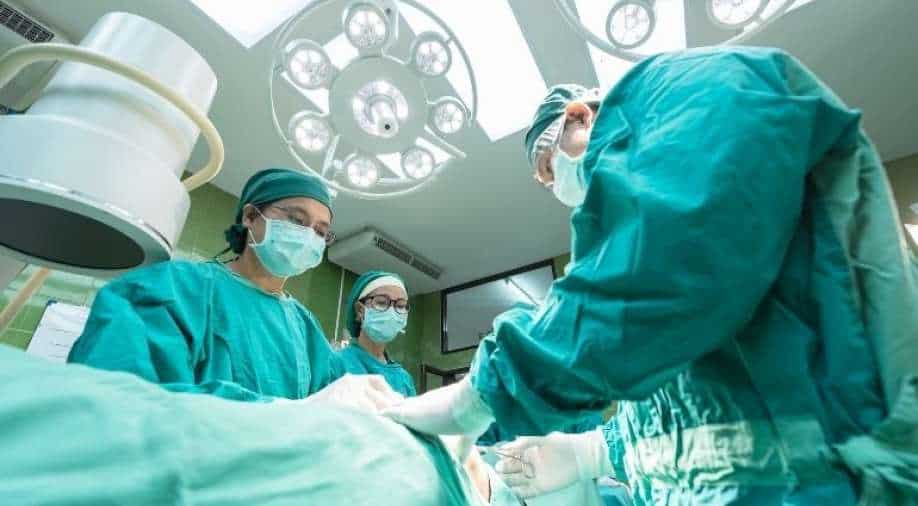 The study is the first of its kind to examine the link between the sex of a patient and the sex of his or her surgeon and the outcome of surgery. Photograph:( Others )

Many of the 21 types of surgery analysed showed a higher chance of a woman dying, being readmitted or having complications when a man performed the surgery

The odds of a woman dying, experiencing complications, or being readmitted to the hospital are much higher when she undergoes surgery with a male surgeon than if the procedure is performed by a woman, research suggests.

The study is the first of its kind to examine the link between the sex of a patient and the sex of his or her surgeon and the outcome of surgery. The study examined three types of "adverse postoperative outcomes": death, readmission to the hospital and complications within 30 days.

Many of the 21 types of surgery analysed showed a higher chance of a woman dying, being readmitted or having complications when a man performed the surgery.

It has sparked a debate over the fact that surgery in the UK remains a largely male-dominated field and claims that "implicit sex bias" among male surgeons may explain why women face greater risks when having an operation.

The findings of this study have real-world medical implications for women says clinical epidemiologist and co-author of the findings Dr Angela Jerath. According to her, this outcome manifests itself through more complications, readmissions to the hospital, and mortality in women as compared to men.

The study was published in the medical journal JAMA Surgery.

Jerath remarked that these results were concerning, as there should be no difference in patient outcomes based on the gender of the surgeon.

The results are troubling on a macro level. In general, when undergoing the same surgery under the care of a female surgeon, the patient's outcome is better, especially for women. This is even after adjusting for chronic health status, age, and other factors, she added.

Her research team reviewed records of 1,320,108 patients in Ontario who underwent 21 common surgical procedures performed by 2,937 surgeons between 2007 and 2019. These procedures ranged from hip and knee replacements and weight loss surgery to appendices and gallbladder removals, as well as more complex operations such as heart bypasses, aneurysm repairs, and cerebral palsy.

The researchers examined the sex of each patient and the procedure they underwent as well as the sex of the surgeon who carried out the surgery for each of the 1.3 million operations analysed.

Jerath held that gender differences in the technical training of surgeons were unlikely to account for the results, as both sexes undergo the same level of training.

According to her, implicit sex biases -- in which surgeons act on subconscious, deeply ingrained prejudices, stereotypes and attitudes -- might explain how this happens. It may also be related to men and women having different communication and interpersonal skills, she said. Moreover, significant differences in the work styles, decision-making, and judgement of male and female physicians can be another factor.

In a statement, the Royal College of Surgeons of England said the findings are "interesting" and that more research is needed in regards to communication, trust, and doctor-patient relationships.

How climate change will impact plantation of cash crops such as avocado, coffee and cashew?