What is the sound of driving on Mars? NASA's probe finds 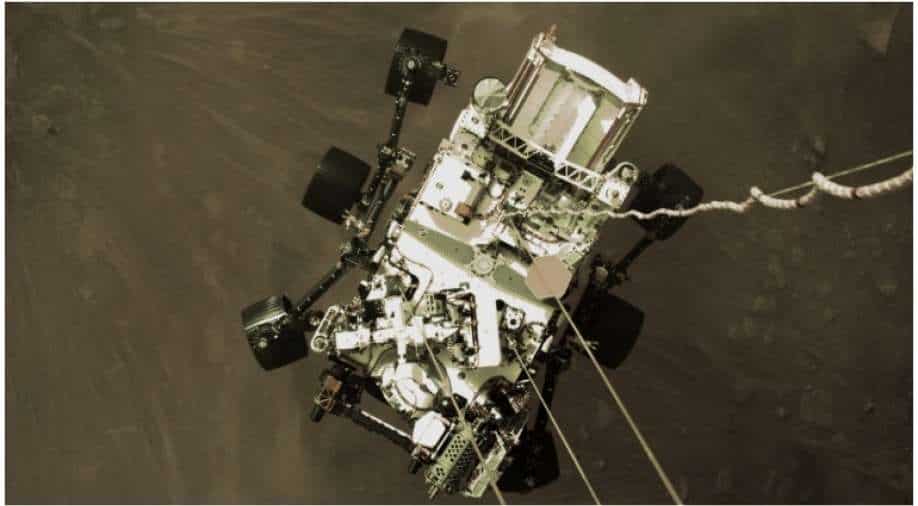 This photo released by NASA, shows the Perseverance rover being lowered by the Sky Crane to the surface of Mars on February 18, 2021 Photograph:( AFP )

Perseverance, the biggest and most advanced rover ever sent to Mars landed near an ancient river delta on February 18 to discover the origins of past life

NASA's Mars rover Perseverance has sent back first-ever sounds of driving on the Martian surface.

The 16-minute raw audio released by Jet Propulsion Laboratory in Pasadena, California on Wednesday is from Persevarance's six metal wheels and suspension on its first test drive two weeks ago.

"If I heard these sounds driving my car, I'd pull over and call for a tow," Dave Gruel, an engineer on the rover team, said.

"But if you take a minute to consider what you're hearing and where it was recorded, it makes perfect sense," he further added in a written statement.

Perseverance, the biggest and most advanced rover ever sent to Mars landed near an ancient river delta on February 18 to discover the origins of past life.

Samples will be collected from the Red Planet's most promising rocks for eventual return to Earth for analysis.

The rover is embedded with two microphones and one has already has captured the sounds of wind and rock-zapping lasers.

The other microphone was intended to record the descent and landing.