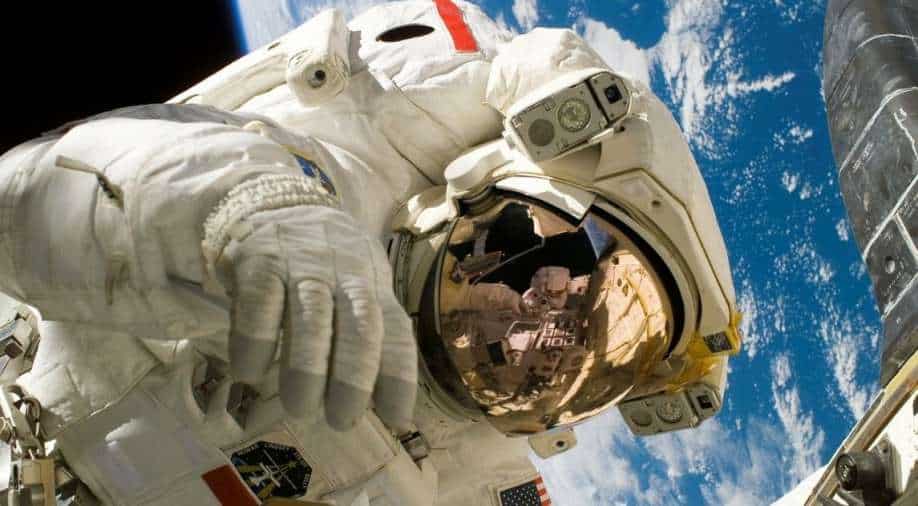 Landing on earth, and potentially on other planets, anaemia could affect astronauts' energy, endurance and strength. Photograph:( Others )

Is there life on Mars? To investigate the possibility of life beyond Earth, scientists are looking forward to a giant leap for the human race with maybe a trip to the Red Planet. But's it (of course) has multiple challenges.

New research suggests that having enough oxygen-carrying red blood cells for the journey could present a challenge.

Not just the astronauts, the researchers have said that even the space tourists may have to stay home if they are at risk for anaemia, or red blood cell deficiency.

What is space anaemia?

The research mentioned that astronauts are known to experience "space anaemia" but it was believed to be temporary. Now, the research tells that anaemia is instead a primary effect of going to space.

Doctors attributed it to the destruction of red blood cells, or hemolysis, resulting from fluid shifts as astronauts' bodies accommodated to weightlessness and again as they re-accommodated to gravity.

How will it challenge the astronauts?

Dr Guy Trudel of the University of Ottawa, who led a study of 14 astronauts funded by the Canadian Space Agency said weighed in with valuable inputs on the subject.

During the study, Trudel's team found astronauts' bodies destroyed three million red blood cells every second during the six months they were at the International Space Station.

It is important to note that on average, the body destroys - and replaces - nearly two million red blood cells per second.

Trudel told Reuters on Thursday (January 13), "We thought we knew about space anemia, and we did not. We had assumed that this was a very quick phenomenon of adaptation and nothing was going on. And now we're discovering that's not the case. Space has a primary specific effect on red blood cell regulation."

During the study, Trudel posed crucial questions like how long can the body manage to constantly produce 50% more red cells? What if an astronaut is injured and bleeding?

"There is a knowledge gap here that we need to fill in terms of the mechanism, in terms of the countermeasures, in terms also of the the planning of the mission. So will we need some blood products or artificial blood products on board of the mission to Mars, given the fact that there is destruction ongoing? Would we need iron supplements at one point if we can't recycle all of the iron to make new red blood cells and so on?" Trudel said.

The research also revealed that having fewer red blood cells in space isn't a problem when your body is weightless but when landing on earth, and potentially on other planets, anaemia could affect astronauts' energy, endurance and strength.

A year after returning home, the astronauts' red blood cells had not completely returned to pre-flight levels, his team reported on Friday (January 14) in Nature Medicine.