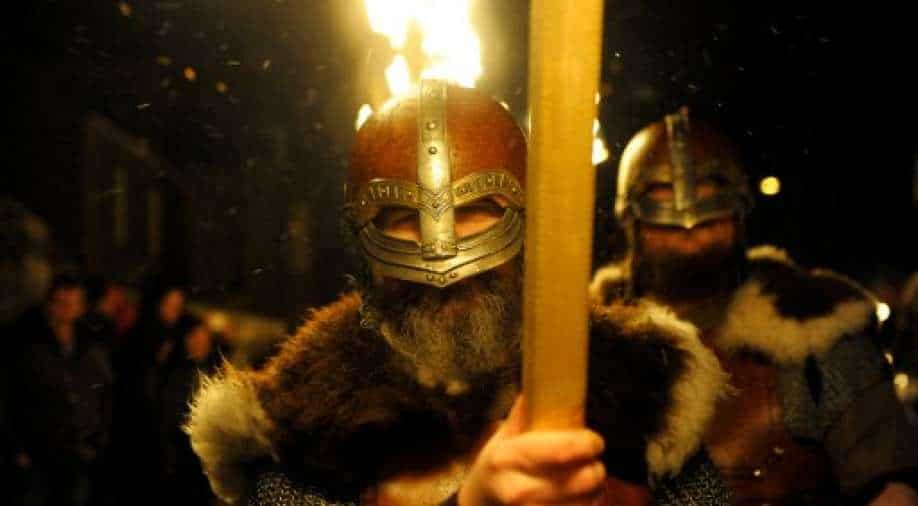 (Image for representation) The Viking Age is traditionally defined as AD 793 to 1066 Photograph:( AFP )

Vikings were mighty, fearsome warriors. But even they couldn't fight forces of nature

Vikings have an aggressive image in popular perception. The warriors wearing their characteristic horned helmet really did have a fearsome reputation in northern Europe centuries ago. Their raids terrorised towns and villages.

Viking culture mainly flourished in Scandinavian countries. However, historians aren't sure about how this distict culture faded away. There are no definitive historical records.

But researchers now think that Vikings abandoned their settlements in Greenland due to rising sea levels. They reported this in recently held (December 15) American Geophysical Union’s fall meeting in New Orleans.

Vikings arrived in Greenland in the year 985. This was the medieval warm period. But climate changed in 1350 and Europe started experiencing what's called 'little ice age' that lasted well into the 19th century.

But sea levels rise when the ice melts right? How can sea levels around Greenland rise when ice is being formed?

Ice sheets have massive weight. It has been seen in Greenland that when an ice sheet forms on ground, the ground gets pressed downwards due to enormous weight on it. This means the seawater gets chance to flood areas that were previously dry.

Expansion of ice sheets sounded death knell for their settlements in Greenland. The rising sea levels may have flooded towns, pastures, farms. Even the trade routes which were previously above water may have got submerged.

Vikings were a seafaring culture and hence their settlements were near the sea. It can be easily imagined that rising sea levels would have constituted a major problem for them in Greenland.

And it is perhaps why when a Norwegian missionary travelled to Greenland to spread Christianity among Viking descendants, he found ruins belonging to the culture that once mastered these seas and struck terror in hearts of its enemies.