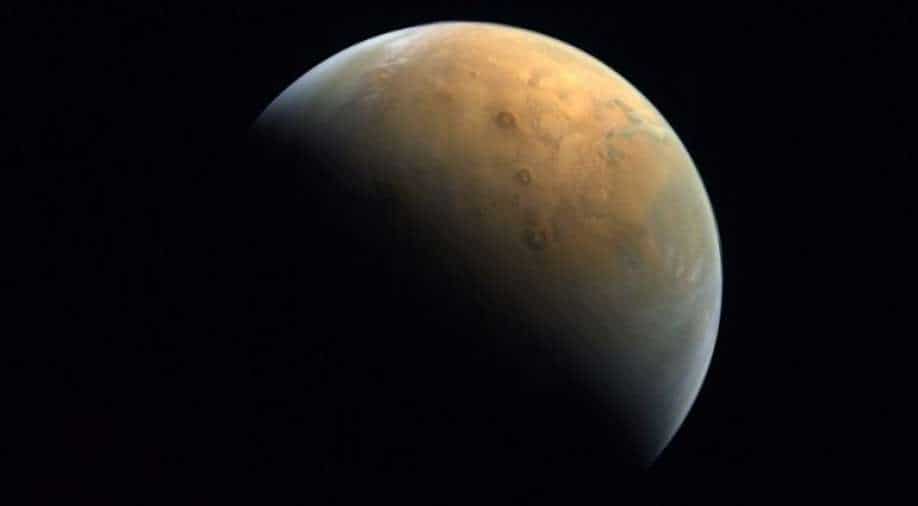 For long, scientists wondered whether the glaciers on Mars formed as a result of a single Ice Age or by multiple ice ages. Now they have some answers

In a series of revelations flowing in from our galactic backyard, geologists have now solved the mysteries surrounding glaciers on Mars. Turns out, our red neighbour has undergone at least 20 separate ice ages!

Why is this important?
The majority of Mars' surface froze over hundreds of millions of years and remains covered in glaciers. For long, scientists wondered whether the glaciers formed as a result of a single Ice Age or by multiple ice ages that eclipsed the red planet over time.

Ice ages are caused by a change in obliquity, or put simply - changes in the tilt of a planet's axis. This realisation could help scientists better understand the secret of life on Mars. If the exact timelines of ice ages are ascertained by scientists, then they may also be able to decrypt what lies beneath all the ice on the planet. They may be able to understand what kind of rocks, microbes, gases, and fossils lie beneath the red planet's surface.

Levy's team took into account 45 glaciers and employed high-resolution images which came from the Mars Reconnaissance Orbiter satellite, which can successfully achieve a resolution of 25 cms per pixel.

Using artificial intelligence, the scientists analysed over 60,000 rocks with a focus on how the rocks are placed on the planet and the sizes of these rocks. They were also looking for signs of erosion. They were able to pinpoint the location of boulders across glaciers on Mars.

How did they reach the conclusion?
Instead of eroding in a fashion that is normally witnessed by scientists, the rocks were moving along the inside of glaciers. This meant that separate flows happened over time, instead of a one-off event.

Based on this, scientists concluded that Mars underwent six to 20 ice ages in the last 300-800 million years. The scientists published their findings in Proceedings of the National Academy of Sciences (PNAS).